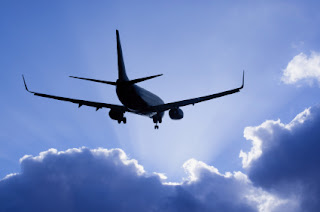 There is nothing quite so awful than wanting to be home and being stranded somewhere. Of course, when you are a frequent air traveler, it's expected once in a while and I'm not a stranger to having to find a hotel at 9pm to lay my weary head. But this weekend I really, really was longing to be home and now, I'm stuck in Denver.

Denver is a great place, actually. I love Colorado. Although I can't say I am well-versed in the offerings of the state I've spent a bit of time here for conferences, meetings, etc. I've had a couple of weeks up in Breckenridge during the summer months attending conferences. How beautiful it is up on the Rockies during the summer. Crisp and cool and the air is clean as a whistle. The peaks were still slightly snow-covered in July. I remember being in awe as my friend and I drove up from Denver into the mountains, our car made a turn and the vista was suddenly laid out before us. Absolutely a breathtaking site.

It was on one of those trips to Breckenridge that my friend and I decided to do a trail ride up into the mountains. Two hours up, two hours back. She was an accomplished horse woman, I was not. Let's just say that even though I love horses and had ponies as a kid, it was not a pleasant four hours for moi. That scenario triggered the first scene in the first book I sold to Kensington. Titled The Wild West, the entire book was set on a week-long trail ride into the mountains, two friends, one eager, one reluctant, and hunky cowboys all around.

My other treks to Colorado have included Colorado Springs (Pike's Peak is lovely) and Durango (a setting for another of my books titled TOGETHER (a rodeo book).

So, I like Colorado. Truly do. But right now I'm stuck and like Dorothy I'm thinking, "There's no place like home." I have no hair brush, no toothbrush or toothpaste, makeup, deoderant, change of clothes, etc. I do have my computer. Hm. Priorities? I did wash out my panties in the sink last night. Yay for me.

I've been gone since Monday and I'm ready to be home and want and NEED to be home. I was supposed to get my hair cut today. My daughter and I were going to participate in the community yard sale today. I have laundry to do and expense reports to write and even without all of that, I just need the comforts of my home for some downtime. I leave out again on Monday....

I need downtime. I get crabby. And no one likes crabby. LOL