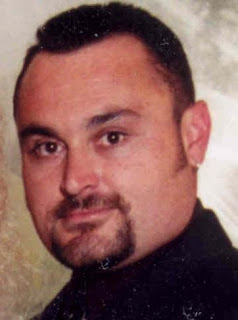 Today we're venturing outside of the romance genre realm. James Goodman is my Featured Author for the next couple of weeks. James is a horror writer with a couple of fabulous books to share with us. This is a great interview. So James, talk to us!

Tell us a little about yourself.

I graduated from Peach County, Georgia before joining the Army during Operation Desert Shield. I served with honor, pride and a whole lot of spent shell casings during my three-year hitch. I attended college at Oklahoma State University and eventually received a BS in EET.

I now spend my days working as an Instrument and Controls engineer for a rapidly growing EPC firm, but my evenings are reserved for writing and reading. I’m truly in love with the written word.

I live just north of Tulsa, Oklahoma with my loving wife and our rambunctious son. We are an active family and when they can pull me away from the keyboard or out of a book, we spend our free time wakeboarding, hiking, practicing mixed martial arts, riding motorcycles and taking road trips.

Other than that, we lead a fairly boring life.

Doesn't sound too boring to me, James. You have a new book out. We’d love to hear about it.

The Writing on the Wall was recently released by Wild Child Publishing. It is currently only available in e-book format, but that is subject to change after the first of the year. Here is a blurb: 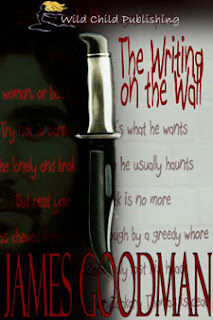 A chance encounter in a bar plunges Dennis O’Brien into an adventure wrought with death, love, and the fragility of the human mind. When he realizes he’s had a brush with a killer, things take a turn for the worse. Not only is Dennis unable to stop the madman, but he finds himself the chief suspect in the murder investigation. Following a trail of bodies and revolting clues, Dennis uncovers the true motive behind the slayings. Yes, killers kill, but nothing is more shocking than the reason why. He should have seen it coming, shouldn’t have become involved. After all, the writing was on the wall…

You have several books in print (or upcoming releases). Is there a favorite among them? Why?

The Dance is my favorite project to date. It will be released in January by Resplendence Publishing. Before I proceed to the “why” of it all, here is a blurb:

Nearly a decade ago, Detective Tom Wiley worked a case that continues to haunt him to this day. But while the nature of The Puppeteer’s horrific crimes will always remain in Tom’s memory, it’s the guilt of not catching the serial killer before he vanished that still weighs heavily on his heart.

Eight years have passed since the last victim fell under the blade of that maniac during his vicious killing spree. The time of peace and quiet has come to an abrupt and gruesome end. 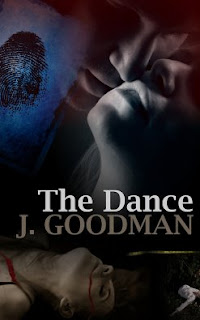 The Puppeteer is back.

With the unwanted help of his newly assigned partner, Detective Anna Perez, Tom will stop at nothing to end The Puppeteer’s latest reign of terror. But as the detectives follow the trail of bodies, they quickly realize The Puppeteer may not be their deadliest enemy, and they’re up against something far more sinister than the twisted workings of a serial predator.

Can Tom and Anna survive this world of insanity and death, of love and loss, of myth and magic, where the lines between good and evil are hard to discern? Or will they be forever swept away in The Dance?

This book was my favorite to write because all most nothing is as it seems. It is by far the most complex storyline I’ve ever attempted and the result… well, you’ll have to be the judge of that for yourself.

What does your writing schedule look like? Are you a morning writer? A night owl?

The bulk of my writing is done late in the evening, but I write every chance I get. I’ve even been known to use my lunch break to pound out a scene or two. The most important thing a writer can do is write. I’ve heard that a strict schedule can help keep the creative juices flowing, but when the muse calls, she rarely consults her watch.

What do you love about your editor (or publisher)?

Resplendence Publishing has been just absolutely amazing. The staff is professional and courteous, but more than that, they are very friendly. They make their writers feel like they are part of a family, rather than just another workhorse they can ride until it burns out. I hope to have a long and creative relationship with RP.

The good folks at RP are also marketing gurus. They do everything in their power to promote each and every book they sign. The amount of effort they putting into getting books into the hands of readers is unparalleled.

I’d also like to add that my RP editor, Tiffany Mason, has been a joy to work with. She has a keen eye and is always ready with helpful suggestions. She has a fantastic knack for pointing out mistakes without making you feel like a dolt.

What is your next project?

I’m currently working on an offbeat romantic horror that features an on-line predator, the FBI, broken homes and shattered bones. Marshall Law has already found a home with Resplendence Publishing and is tentatively due to be released next summer.

James, Marshall Law sounds fantastic. My kind of book. I can't wait until it is finished and in print. Thanks so much for being with me this week. Best of luck on all of your writing.

Look for James Goodman's books at:

Thanks, Maddie. This interview was a joy to do.

Hi James. I'm so glad you could join me. I have to say I love the covers of your books. They almost scare me! I suppose that is indicative of the inside, huh? yikes!

The cover artists have done a great job on both of them.

Maddie: Great interview with James Goodman. Wonderful writer for you to speak with as well as being a wonderful person. We in Oklahoma are quite proud of James!