Good morning all. This week I'm very pleased to feature on the blog CJ Lyons, whose debut book from Berkely, LIFELINES, will be released March 4. I tell ya, from everything I've read about the book, this looks to be a keeper and can't wait to go pick one up. A blurb from CJ's bio says:

CJ has been a story-teller all her life, always creating stories about people discovering the courage to make a difference. This drove her into writing thrillers with strong relationships and led her to coin the term: Thrillers with Heart.

Let's learn more about CJ and her new book! 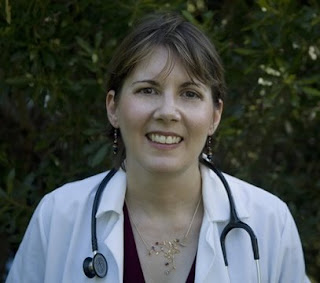 MJ: Tell us a little about yourself.

>>I'm a physician trained in pediatric emergency medicine. I've worked in some of the nation's busiest trauma centers, flown for Life Flight and Stat Medevac, worked on the Navajo Reservation, and also as a community pediatrician where I even made house calls.

After 17 years of practicing medicine I took a leap of faith and left my job to pursue a second dream come true as a writer. It was one of the hardest things I've ever done (a colleague called it "jumping off the without a parachute"), but it paid off.

MJ: You have a new book out. We’d love to hear about it.

>>LIFELINES starts on the most dangerous day of the year, July 1st—Transition Day. The day new staff at ’s Angels of Mercy Hospital start their jobs, including Fiore, the new ER attending physician. Not a good day to lose a patient—especially not the Chief of Surgery’s son. To save her career, must discover the truth behind her patient’s death, even if it leads her into unfamiliar—and risky—territory. 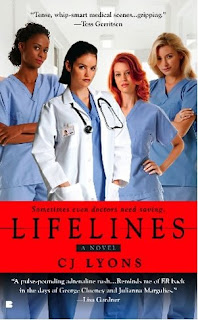 >>My publishing career is a bit backwards compared to most. read an unpublished manuscript of mine and they actually called me and asked me to create a new medical suspense series for them. They wanted something different, something fresh and different—a medical thriller told from the point of view of the women.

Think ER meets Sex in the City. Of course I jumped at the chance! It was a huge challenge but also fun and exciting.

MJ: What do you love about your editor (or publisher)?

>>My editor is fantastic! She has great insight and shares my vision for the books, which really helps when you're creating something different and new, that hasn't been tried before.

And has also been great. The one thing I asked for was a real photo for the cover rather than stock art—and boy, did they ever come through for me! They hired models and did NYC photo shoot, and the cover for LIFELINES rocks!

MJ: What does your writing schedule look like? Are you a morning writer? A night owl?

>>I'm undisciplined and don't follow a schedule—rebelling against all those years of carrying a beeper and having no time that was my own, I guess. But, since I started writing while I was still working (including nights and weekends on call), I learned how to write fast and that's helped a lot.

MJ: What advice do you have for aspiring writers?

>>The same two pieces that everyone has already heard: writers write (ie. Apply Butt to Chair and write the damn book) and never surrender, never give up.

Both are as true after you publish as they are beforehand.

>> CATALYST. It's the story of a medical student searching for the reason behind a mysterious illness killing patients. Then she begins to suffer the same deadly symptoms….

MJ: Today, writers need not only write great books, but be great promoters of their books, too. What kinds of things do you do?

>>I go with my strengths. As a doctor, I've always been a teacher as well, so I do a lot of online and live workshops, give keynote speeches, and guest blog. I've been lucky in that my reputation as a teacher has been building over the past few years and now I'm getting invited all over the country to present workshops and give keynotes.

>>Hmmmm….believe it or not, but there are several. I've hang-glided in gale force (30 knot) winds, walked away from two hard-landings in the helicopter, hijacked an ambulance in white-out conditions, got stopped for doing 112mph on a desert highway, was charged by Cape Buffalo and a troupe of baboons while in Africa…..

MJ: Is there anything else would you like to tell us?

>>Nope, I think I better stop before I incriminate myself, lol! Well, maybe one thing that a lot of readers don't realize: if you want to support a writer (any writer), buy their book the first week it comes out—those first week sales are really all the publisher cares about. So buy early, buy often!

If you want, feel free to start with LIFELINES—I'm even holding a few contests to reward folks who purchase it. Go to http://www.cjlyons.net and check them out.

Thanks for having me, Maddie!

Not sure if I address this to you or CJ, but it was really nice to learn more about her. I read her posts all the time on Motivated Writer's Life, and I'm taking her "Thriller" class this month.

Thanks for stopping by! You can address to either. I didn't realize CJ was doing a class. I may have to check that out!

Hi again, Mary! Thanks for dropping in!

I think that class is going to be a ton of fun--the participants are so lively and into things and it's only the first day.

Exactly what I need to take my mind off LIFELINES' release, lol!