I'm working a few days this week in Bismarck, ND. I've been here a couple of times before. The last time I was here was in the dead of winter. I thought my pinky finger was going to fall off from frostbite by the time I reached my car rental in the airport parking lot. It was that cold. Yes. Those North Dakota dwellers must be made of mighty hardy stock. I'm not sure I'd make it through the winter. 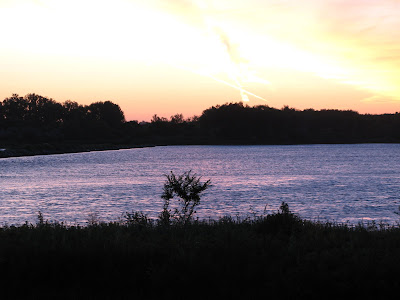 One of the highlights of my trip that time though, was a visit to Captain Meriweather's restaurant. Situated on the Missouri River, the story goes that this is a spot that Lewis and Clark stopped at on their trek west. Makes sense. The house where the restaurant is located is old but I doubt old enough to boast that "Lewis and Clark slept here" unless, of course, they slept on the bank. Last time, I was impressed with the food, the laughter, and the drinking going on in the restaurant. I deduced that in the winter, that was all people had to do up there, trying to keep warm. Laughing, eating and drinking certainly can while away the hours. 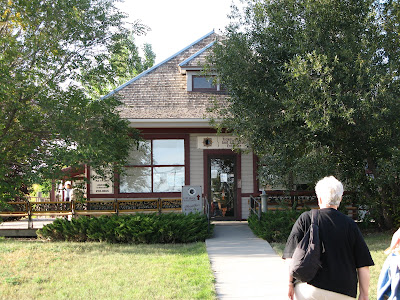 This time, however, I did not have to walk on a six inch layer of ice to get to the restaurant. In my sandals, I strolled up, taking a gander at the river. As I left, I listened to the tree frogs in the woods. We ate outside on the deck, in a nice shady spot (forget the poison oak hanging down over the next table) and had a pleasant dinner with friends. The food was good.

My appetizer (which I shared) was a crispy crab rangoon with a spicey/tangy sweet and sour sauce and a flavorful crab/cream cheese filling. A bit spicier than what I'm used to but very good. My favorite part was the crunch on the wontons. My entre was ahi tuna--seared with parmesan (which was good) and pepper (which was too much) and hot salsa made with peppers (probably jalapeno) and kiwi, melon, pineapple, onion, etc... The ahi was okay. Just okay. I'm a big fan of ahi tuna and I have had better. The pepper and the salsa together was a little overpowering for me. Still, I consumed most of the meal.
My coworkers had potato encrusted salmon and the fried walleye, and both of them raved about their dinners. Here is the walleye. 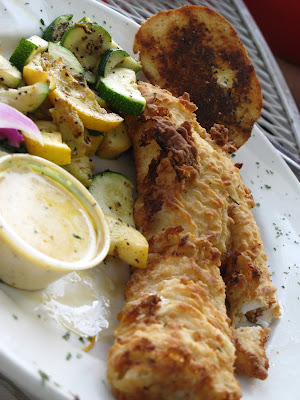 Dessert was okay. After all the spice I longed for ice cream but there was none to be found at Meriweathers. My coworkers ordered the Kentucky Bourbon Pie, which being from Kentucky, we were pretty sure the North Dakotans could not replicate. I had a small bite of my friend's, who proclaimed it as good or better than Derby pie (stronger Bourbon taste, she said) but I still have my doubts. What could a North Dakotan know about Kentucky Bourbon pie?
Well, it still was a hit. And Meriweathers is also a hit. The amibiance is great, whether inside in the winter or on the deck in the summer. The food is good and the setting along the river, picturesque.
Captain Meriweathers is voted in the top ten in the Ten Best, Trusted Advice for Travelers, for restaurants in Bismarck.

Maddie, I love the new content of your blog. One of the best parts is vicariously traveling with you...

Hi Magdalena! I was wondering if anyone really was interested in my travels. I figure though that people like food, huh? And eating out? I now wish I had gotten that walleye rather than the ahi tuna. It does look good, doesn't it?

Next week, the Pine Ridge reservation in South Dakota. Then I get a break to stay home. Maybe instead of eating out, I'll cook! :)