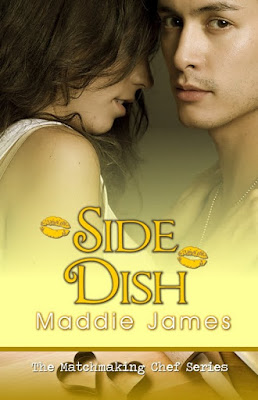 Becca North doesn't want a boyfriend but her BFF Nora certainly does--even if she won't admit it. Becca is so off men.

But when Nora, owner of Nora's Novel Niche, meets Suzie The Matchmaking Chef during a booksigning, she finagles a way for the matchmaker to arrange a picnic lunch date for her--on television, no less! Nora drags Becca along for moral support and to check out her date.

Thing is, Nora's date would rather check out Becca, instead.

Sam Ackerman is a busy man with a business to run and no time to pursue a relationship. The last thing he needs is to be hooked into a matchmaking scheme played out for the world on national television, but he reluctantly plays along for his friend, Suzie. He knows right away that his "date" Nora, as beautiful and smart as she is, isn't for him. Her raven-haired BFF hanging around on the sidelines, though, is a tempting candidate.

So, he decides to forgo the entree and head straight for the Side Dish. 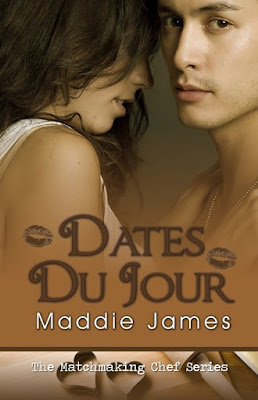 When Suzie sets up lunch date after lunch date for Lyssa Larkin, Legend's homegrown homecoming queen of 1992, she knows she's about bit off more than she can chew. Lyssa inspects and rejects her dates in two bites and then sends them on their way.

That is, until Suzie takes a risk with a man the exact opposite of what Lyssa describes as "perfect for her." A man that Lyssa knows, but doesn't know, and who is falling for her fast.

Suzie can't help but work some of her matchmaking skills behind the scenes...

You can read about all of the books in the Matchmaking Chef series at Legend, Tennessee.