Day 1: The next chapter 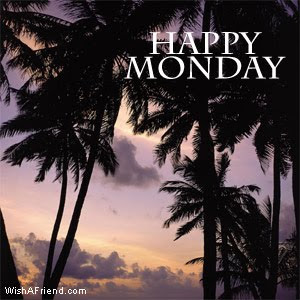 I've been thinking about this Monday for quite a while. Perhaps not Feb. 1, 2010 Monday, but the first Monday of a new chapter, so to speak. A new chapter of me, my life, my career.

I was thinking about it over the weekend, having just come off of my last day of full-time employment. Remember? I resigned my day job back in December. I worked until the end of January. I've worked, for someone else, since I was sixteen-years-old. Now, mostly, I'll be working for me.

I'm still doing some contract work with my previous employer and I'm glad of that. A writing income, as many of you know, can be sparse and the paychecks sometimes unreliable (although my main publisher is very good about that). It's nice to have some regular work coming in. The nice thing about this arrangement, however, is that it frees up time for me to write.

Let's not sugarcoat this and say I've not had a couple of second thoughts or panicky oh-my-god-what-have-I-done-moments, because sure, those have been had. Wouldn't be normal for them NOT to be there, right? After all, I left a job of ten years with security, benefits, insurance, a nice office, etc... But what I will gain, I hope, will be the attainment of a very long dream coming--to support myself with my writing. I've worked at it long enough. I have a bit of a track record to fall back on. And I'm pretty much diversified in my writing.

This morning, there was no panic, just work. I set out about 8 a.m. working on an article about the city of Louisville, KY for a regional southern magazine. More about that later. Next, I took a break and painted on the office for about an hour. Now, I need to shower and head to the mall (yeah, it's a tough job, isn't it?) because I have a television interview tomorrow for a cable network talk show. The subject? Valentine's Day. Nice, huh? And well, a television appearance requires new clothes, right? Of course.

So, I'm busy. I likely will remain very busy this week. The Louisville article's deadline is this week, edits came yesterday for my cookbook, I have a novella due by the end of the month that needs some attention, there is another online interview to complete, and I have several blog and column articles to write.

No time for panic. Not now! The only thing left to do is fulfill the dream.
Posted by Maddie James
Email ThisBlogThis!Share to TwitterShare to FacebookShare to Pinterest
Labels: Reinvented

Hurray for you, friend!! Kudos for taking that giant step. PS: Love the turquoise...

Thank you, Patricia! For the kudos and the turquoise. It's great to have you as my friend!

And you will get everything done, I have faith in you. You are one of the most amazing women I've had the privilege of meeting and I consider myself lucky to simply "know" you.

I wish you the best in this great exciting venture and always remember, you have your writng friends to fall back on. We have the strongest backs in the industry!

Renee, wow, thank you for your comment. It means a lot. And you are right--we writers are a strong and supportive bunch. It's one reason why I love living in the writing world so much. My writer friends mean so much to me...

Congrats Maddie! I know this is the fulfillment of a lifelong dream for you. I can't wait to hear about what adventures await you in this new chapter!