Silent Partner is about Grayson Anders, a talented Latin-style dancer and wealthy co-owner of a happening nightclub. Chloe LaRoche is a talented artist, but failing entrepreneur with her once thriving studio now on the brink of foreclosure. When the two indulge in a passionate, out-of-control, one night stand, they awaken the next morning consumed with inspiration. Grayson finds his perfect dance partner while Chloe finally finds her muse. Will her secret destroy both their dreams? 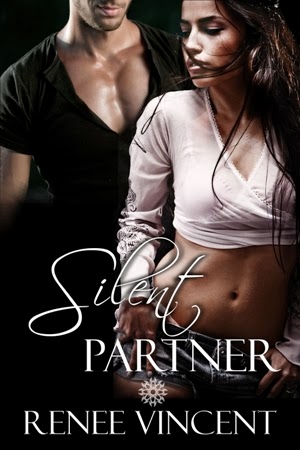 
Chloe had to look away. His devilish smile was too much to handle. And even though a warning had slipped from the bartender’s lips, Mr. Gyration didn’t seem to care. He stared at her with such hunger, she half expected him to growl like an animal if some other man-whore got too close.
*** 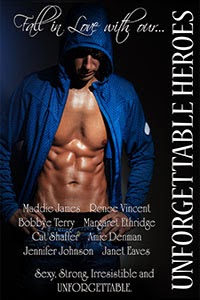 Silent Partner is one story in the UNFORGETTABLE HEROES boxed set, now priced at 99 cents, for a limited time. Get it cheap while you can!

Thanks Maddie for featuring Silent Partner. I love Grayson Anders and I hope our readers do too!

Loved Grayson and Chloe's story! Thanks for sharing some of it here!

Love this book, Renee! I'm so glad it's a part of the set and honored I am in it with you!

Thanks Bobbye, Margaret and Maddie. I love being in such great company!

Thanks to all of you for stopping by today! Renee, you know I love this story! It's a great fit for this collection. :)