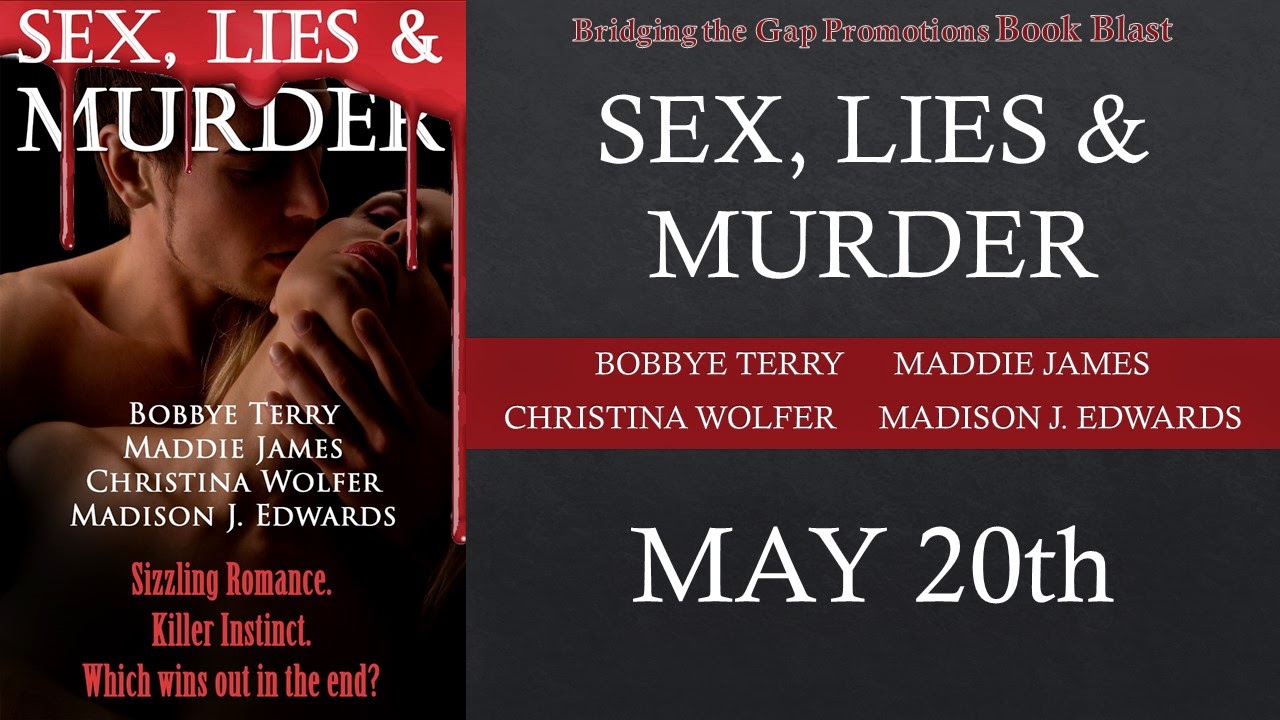 Sizzling romance. Killer instinct. Which wins out in the end?


Four top-selling authors create a perfect escape as they take love to the edge of suspense and back, risking life, death, and emotional warfare. Sexy, edgy, and gritty, these four romantic suspense novels will keep you turning the pages, as plots rarely go according to plan, and dangerous situations delay the stories’ coming to climax.


This boxed set includes the full-length romantic suspense novels: According To Plan by Madison J. Edwards, Coming to Climax by Bobbye Terry, Emotional Warfare by Christina Wolfer, and A Perfect Escape by Maddie James.

ACCORDING TO PLAN by Madison J. Edwards

Shelby Stewart's been hired to find socialite Harrison Grant.  That's good.  Her ex-partner, Tank, is on the hunt for him as well.  That's bad.  Shelby will do anything to stay one step ahead of her uber sexy ex-lover, even play a tantalizing game of strip pool to knock him off his game.  Everything should work out, According to Plan.

Fast paced with great emotional quality, this story keeps you on the edge of your seat with lots of plot twists and scorching love scenes.  Shelby and Tank's physical chemistry is off the charts sizzling ~ Long and Short Reviews

Madison J. Edwards All-Romance Bestseller, award winning author who loves writing a whole lot of spice into a relationship.  Her stories are filled with alpha heroes and the feisty women who keep them on their toes.

COMING TO CLIMAX by Bobbye Terry

Margaret Palmer returns to Climax, Virginia, where Southern charm hides long-buried secrets and evil lurks just beneath the surface of the daily routine. Margaret’s long-guarded secret now threatens to be exposed; but, will that no longer matter when a psychotic killer’s target is Blue Moon, the one true love of her life?


Bravo! Well, done!! I loved it! ~ Blue is absolutely fascinating! I am in love!


A PERFECT ESCAPE by Maddie James


Megan Thomas is running for her life. Smyth Parker is running from his. Their perfect escape to the solitude of uninhabited Portsmouth Island might temporarily solve their problems, but Smyth soon learns he doesn’t need a complication named Megan Thomas—especially when she brings more danger to his life than he could have imagined.

What a tangled web! An intricate plot of mystery and suspense. James deftly combines romance and suspense, so hop on for an exhilarating ride. ~ 4 Stars, RT Book Reviews


A Perfect Escape is a well-written story that delivers great range of emotions, intense action at its best, and a great plot. Ms. James knows how to pen stories that engage the reader. ~ Fallen Angel Reviews


Bestselling author Maddie James is the author of nearly 30 novels/novellas. Her books have received numerous 5 Star and Top Pick reviews. She is frequently listed as a Top 100 Most Popular Contemporary Romance Author at Amazon.