It's summer -- Ready for your HEAT WAVE? 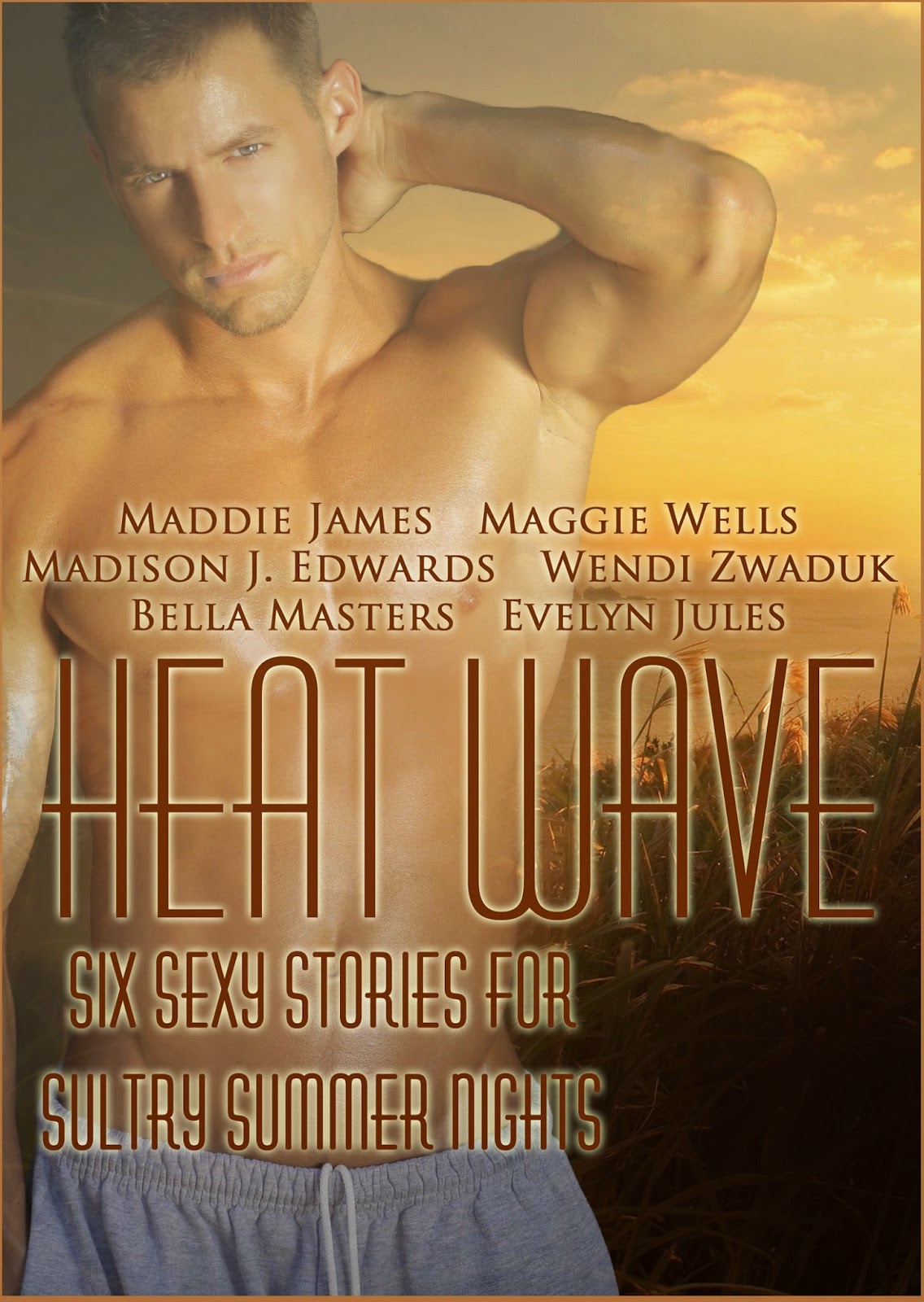 And I do mean HOT! I am part of a super-sexy boxed set that released just this past weekend with some fabulous authors and stories! Here's the book blurb, and then I want to tell you a bit about my story in the set.

Although not all of the stories in this collection take place in the summer, they are definitely hot, might make you a little sticky, and are unquestionably sexy. What is more perfect for a sultry summer night?

Seduction is the name of the game in some of our stories. Control, submission, and domination flavor a couple more. And the others? Just downright deliciously sexy, in multiple ways.

Grab your favorite ice cold beverage, ladies, and prepare for your own personal HEAT WAVE! With an introductory promotional price of $0.99, why resist?

***
I had a choice of stories to submit, and decided that my Little Red Riding Hood remake would be perfect! I mean, how can you go wrong with New Orleans, Bourbon Street, voo doo, a werewolf, the bayou, and a little magic?

Just to give you a taste, here is the opening of RED: A TALE OF SEDUCTION:

“Come closer, Red,” he rasped. “I want that burning-hot body next to mine.” The wiry stranger threaded his hot fingers through her hair at the nape, and his steamy breath snaked around her neck.
A carnival spun in Garnet Boudreaux’s head, and for once, she did not want to get off the ride. Was she drunk? Yes, somewhat. But it was okay, she was with her girlfriends, and they watched out for each other.
Right?
Were they watching his hands glide over her ass, too?
Hell, did she care?
Eyes the color of dark honey with flecks of gold pierced hers and held as he pressed closer. His lips scraped over her cheek, sending a shudder of want from the curls on her auburn head straight down to her scarlet toenails. Neon swirled as he led her out the door of the Cat’s Meow, spilling into Bourbon Street’s static currents, taking the lead as they dirty-danced their way into the crowd.
“My friends…” she breathed, wincing as he nipped her neck, his teeth clipping at the tender skin beneath her ear lobe.
“Back in the bar,” he growled.
Oh Damn. She shouldn’t leave Tiana and Kathleen behind. They needed her. Didn’t they?
Or did she need them?
Like a cat lapping at milk, his tongue laved her neck to cheek. “Give me your tongue,” he commanded. His hands rested under her armpits, cradling the sides of her breasts, thumbing her nipples through the red satin dressed she’d borrowed for this decadent Mardi Gras-type party on Bourbon her company insisted they attend.
Her mask. Had she lost it?
Dammit. She loved that mask. All lace and filigree, and made her look mysteriously sexy.
She glanced behind her, searching through the crown. He caught her chin between his fingers and forcefully turned her face back toward his.
“Me. I’m the one you are with. Forget the others.”
Her brain said no. The tingles racing up her spine and the heat gathering in her panties cried yes.
Yes.
His hips gyrated against hers and his dance swept her into a spiral of lights and hands and lips and skin on skin. He dipped his tongue deep into her cleavage and she resisted the urge to clasp his head against her chest and keep him there. He was hard against her abdomen.
Ready.
Waiting.
Primal.
Had he growled?
“Garnet!” A giggle of laughter exploded behind her as Kath, totally lacking in grace, grasped her forearm and spun her away from the man. “Come back inside! Tiana is giving Jell-O shots off her tits. You have to see this!”
For a moment, Garnet was disoriented, disengaged, trying to focus on being snatched away from her alluring dance partner and deciphering what Kath was saying.
Tia had Jell-O tits?
Too many Hurricanes. Damn that magic potion of rum and fruit juice, or whatever…
A low growl purred in her ear, like it was placed there on purpose. Calling her. Turning, she looked back.
He was gone.
At once she was cold. Empty.
With Kath still tugging, pulling her inside, she tripped backward. Frantic, she scanned the crowd until at last, a fixed set of brown-gold eyes stared back through the swarm and held for an eternal moment, then vanished.
**** 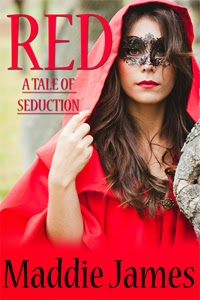 RED: A TALE OF SEDUCTION
Garnet Boudreaux is going home. Not to her apartment in New York City but to her childhood home in the bayou. She doesn’t want to go, and isn’t certain what will be waiting for her when she arrives. But standing in the voodoo shop on Bourbon Street, in the middle of one helluva Mardi Gras party, she’s told by Madame Madeleine Dupuis that she has no choice. The witchy woman presses two pouches into Garnet’s hands, wraps a red cape around her, and tells her she must go—and go now—to see to her grandmother.

Max LeBlanc spies the auburn-haired beauty across the street and knows in a heartbeat she is the one. A rougarou always knows when he’s met his mate. Some may call him a lycanthrope, a werewolf if you will, but in Cajun bayou lands he’s known as The Rougarou. He’s waited several hundred years for this moment, and for her. There is nothing left for him to do, but mark her and claim her as his mate. Tonight.

MEET THE REST OF THE AUTHORS AND THEIR STORIES:

SEDUCING STEVE by Maggie Wells.
Will love get lost in the shuffle when friends turn into lovers?

RED: A TALE OF SEDUCTION by Maddie James
Ever wonder what happened when Little Red Riding Hood grew up? In the bayou? With a grandmother who used potions and magic and…

BEST I EVER HAD by Wendi Zwaduk
The objective—keep her safe. No one said anything about falling in love

TO SIR, WITH LOVE by Madison J. Edwards
Sparks fly when Beth discovers the truth about her secret Dom, who happens to be her boss, Jonah Carter.

CHEAPSKATES IN LOVE by Evelyn Jules
Can two cheapskates make the ultimate sacrifice and pay for a membership to the online dating site so they can track each other down?

SWITCHED by Bella Masters
Can undercover cop, Isaac, remain in control of a dangerous situation with Domme Cerise, when all he really wants to do, is give up every bit of control to her?