Constance Phillips talks about her book, ALL THAT'S UNSPOKEN in the Sweet, But Sexy Boxed Set 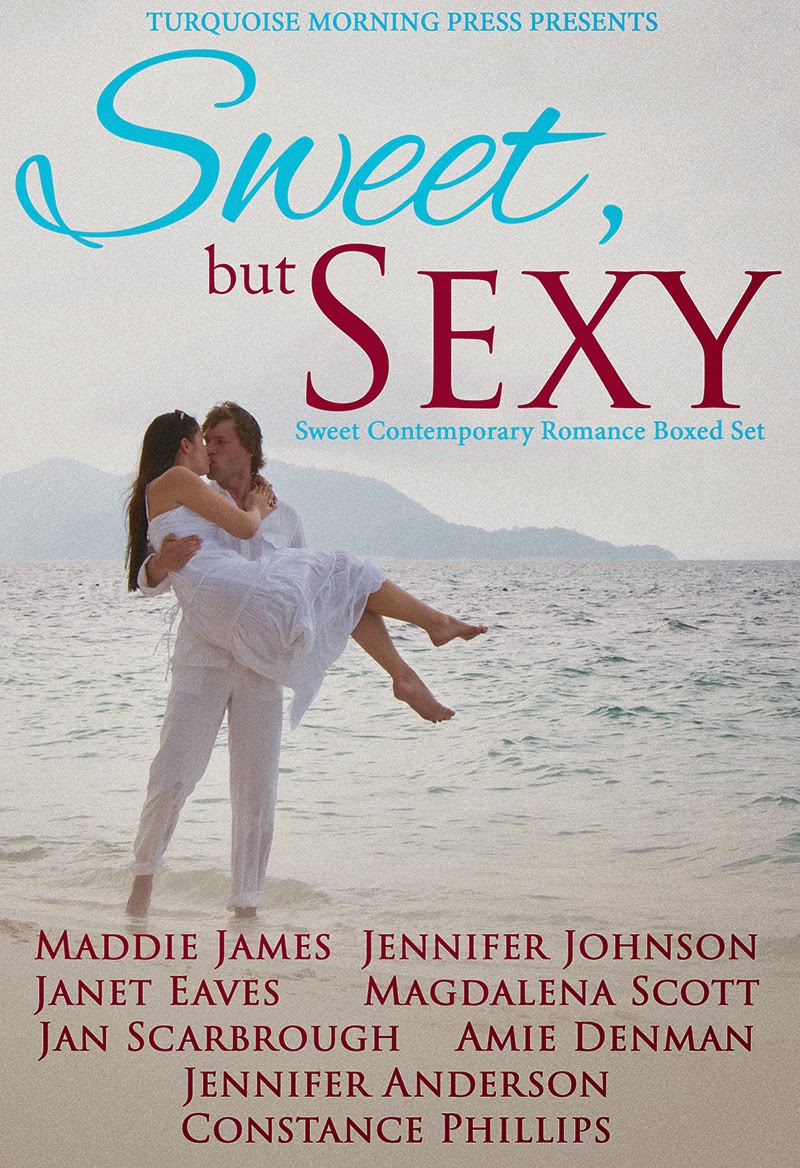 All That’s Unspoken in the Sweet, but Sexy Boxed Set

For me, writing sweet romance was something new, but it seemed appropriate to the tale that needed to be told in All That’s Unspoken. I am so pleased that it was chosen to be part of the Sweet, but Sexy Boxed Set.

I’d always heard that writers put a little bit of themselves into their characters, and would have to say I have done that with every character of every book I’ve written. When it came to All That’s Unspoken, however, I felt myself digging a little deeper into my own psyche while building the heroine, Hailey.

I can bottle up my emotions and hold on to things that—if I would only say them aloud—wouldn’t be as bad as they felt internally. In All That’s Unspoken, Hailey has spent eight years trying to forget what she did--or rather the things she didn’t—say to Nate before leaving town early for college.

From the time I conceived this story, I knew it was a small-town tale. Caseville, Michigan, wasn’t my first choice, but as I began telling the story and digging into those personal emotions, I knew it needed a personal connection, like being set in the community where I grew up.

While there are pieces of the author dispersed through this story, I hope that you will enjoy Hailey’s and Nate’s special story of letting go of the past and facing the future…together. 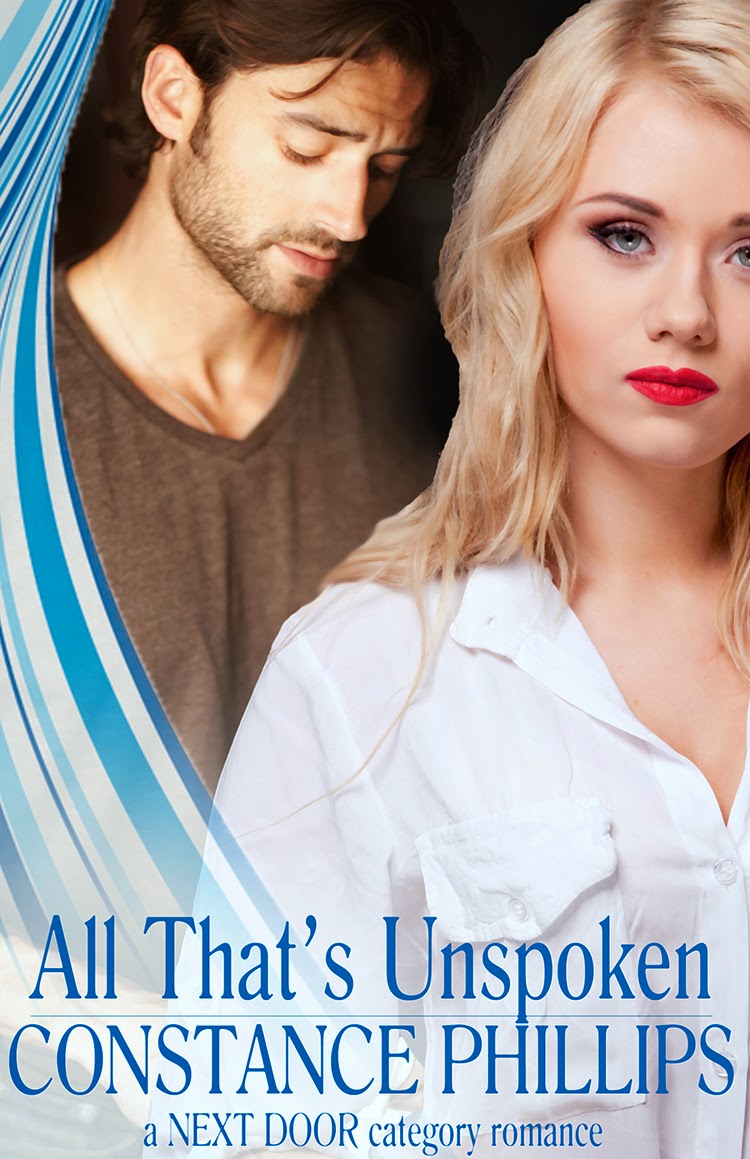 Hailey Lambert came home for the holidays to help her father. Instead, eight years later, she is forced to face all that was left unspoken between her and high school crush, Nate.

After eight years, Hailey is back in Caseville, Michigan. Just months after her mother’s death, her siblings want to put their father in a nursing home and rent out the family farm. If that wasn’t enough, the prospective tenant is Nate, the high school crush she left behind the day after they acted on their mutual attraction.

After high school, Nate Jenkins planned to leave small town behind, but life dealt him a different hand of cards. He’s now back in Caseville, raising his daughter and running his family’s diner. His daughter’s speech disorder has been improved by therapeutic horse riding and if he can lease the old Lambert farm, he can get her a horse of her own. The only thing standing in the way is Hailey, the same woman who left him eight years ago without even saying goodbye.

Can they get over all that’s unspoken between them? 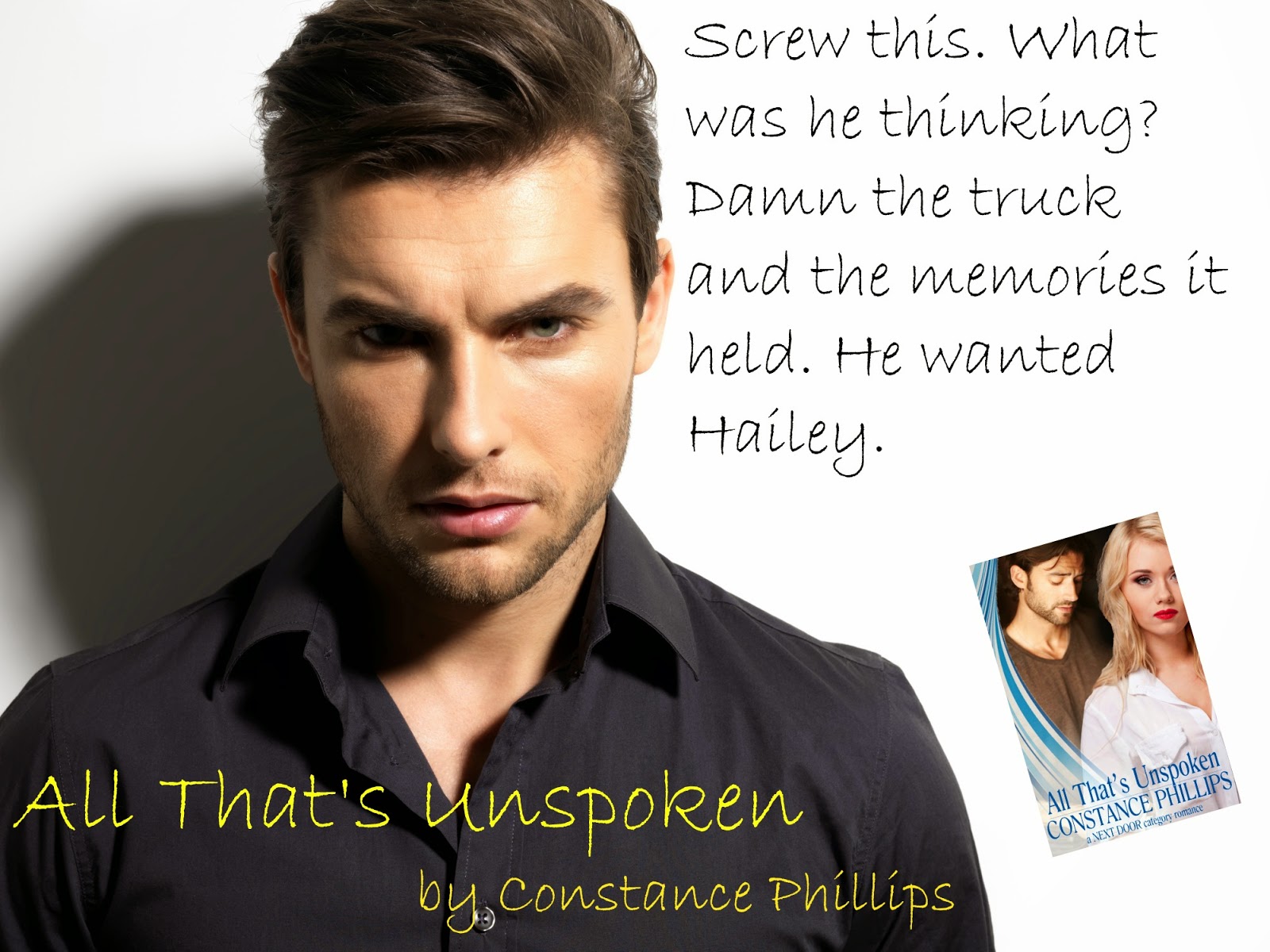 About the Author
Constance Phillips lives in Ohio with her husband, daughter, and four canine kids. Her son, now on his own, is planning a wedding, reconfirming that romance still lives and breathes. When not writing stories of finding and rediscovering love, Constance and her husband spend the hours planning a cross-country motorcycle trip for the not-so-distant future…if they can find a sidecar big enough for the pups.