Hard Candy Kisses makes an appearance in the Sweet, But Sexy Boxed Set! 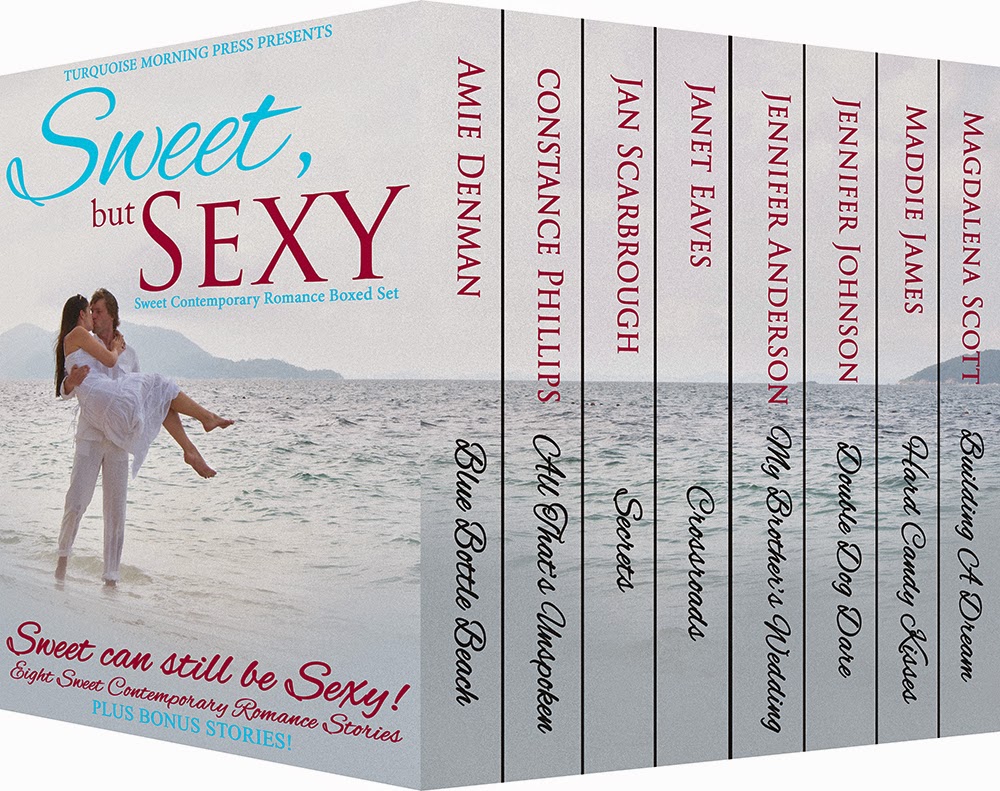 It's a rare opportunity for me to participate in a sweet boxed set, but I’m thrilled to be able to share my story Hard Candy Kisses in the Sweet, But Sexy Boxed Set! I have very few stories that are written without sex, but this one just seemed like what Patti Jo and Jim would want – all of their hard candy kisses to happen behind closed doors!

Hard Candy Kisses is the last book in the Matchmaking Chef series. I like for my Legend characters to make appearances in all of my books, if possible, and I realized that Kate and Mike, and Patti Jo Baker and Jim Hamilton, had not appeared in any other books besides Murder on the Mountain. This meant that I had to hook Jim and Patti Jo up, and I hope that I did their story justice!

I love writing quirky and fun characters like Patti Jo and pairing them with unlikely subjects.

Hard Candy Kisses was a fun write for me, and I really hope you enjoyed their story—and the series! If you have only visited Legend through the Matchmaking Chef series, be sure to look for my other books set in Legend, Tennessee, along with books by my friends and fellow authors who write about Legend—Janet Eaves, Jan Scarbrough, and Magdalena Scott. Suzie is likely going to retire from matchmaking soon, after all, there are only so many single people in the town of Legend, but be on the lookout for a cozy mystery featuring Suzie. Deadly Scoop will be available in 2015. Who knew that a simple scoop of ice cream could be a murder weapon?

New Year’s Eve is just around the corner and Legend Elementary teacher Patti Jo Baker has tried every trick in the book to land a date for the annual New Year’s Eve Bash at The Lodge. This includes setting up a kissing booth at the Legend Elementary Winter Carnival—a booth which Principal Jim Hamilton promptly shuts down. Because if Patty Jo Baker is passing out kisses, any kind of kisses, he wants to be both first, and last, in line—and he definitely doesn’t want to sample them in front of the student body.


And here’s the opening! 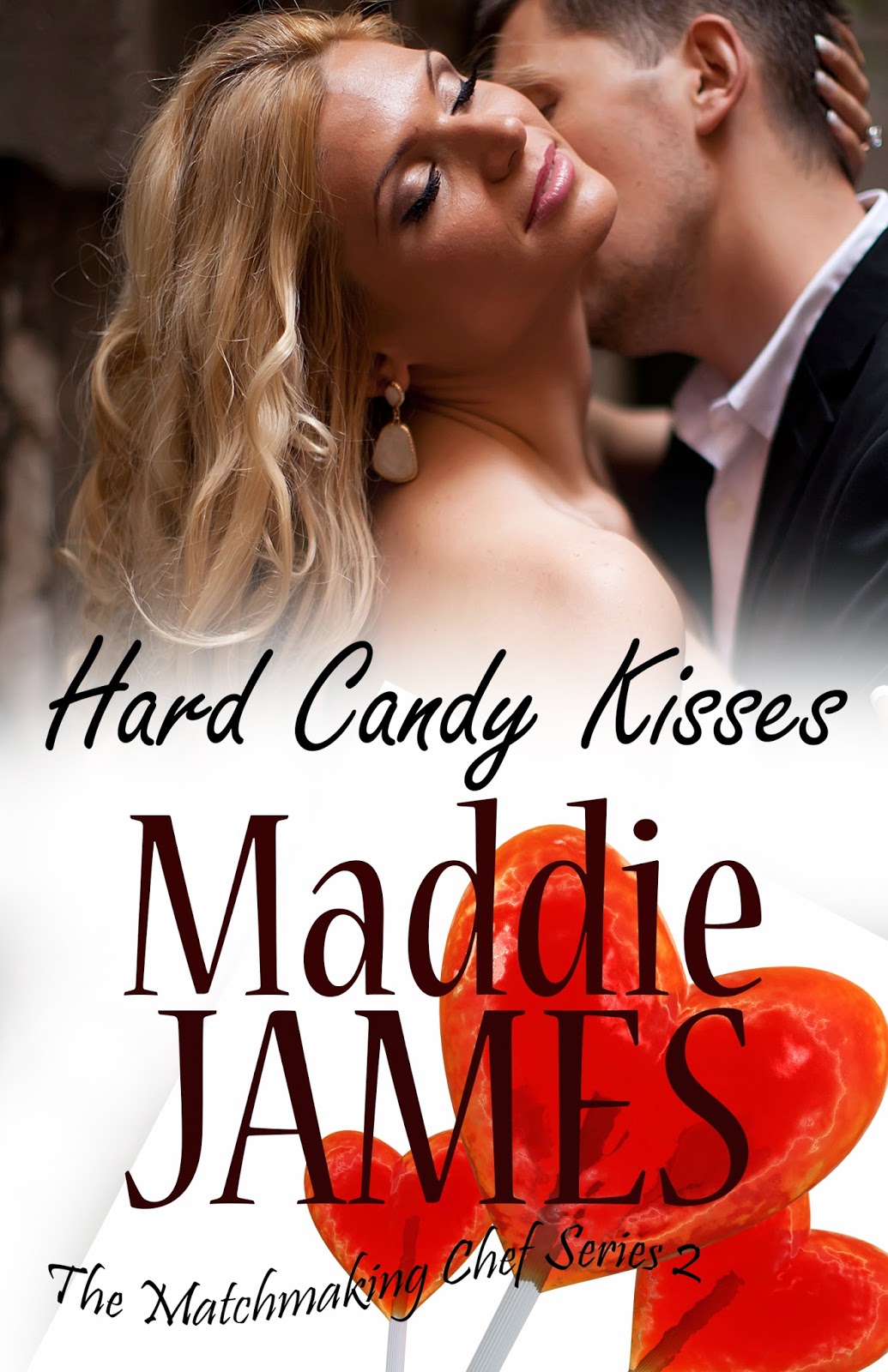 “I need a man.”
Patti Jo Baker watched her best friend, Kate, turn her way and roll her eyes. “Patti,” she began, shifting her teacher’s bag full of papers on her shoulder, “You’ve been saying that for years.
If you need a man so darned bad, why don’t you go out and get you one?”
Feeling a little defensive, Patti shot up off her teacher desk chair and, hands on hips, glared at Kate. “It’s not like I haven’t been trying!”
Kate waved her off. “Oh, posh. Get serious. What have you really been doing besides draping yourself in tinsel and hanging out at Hooters in Pigeon Forge? I tell you, Patti, the men at Hooters are not there to find a date. At least not one to take home to Mama.”
“I know, they go for the wings.”
“And the breasts.” She grasped her arm. “Face it. They are just there to ogle. That’s not where you find a man.”
“So where do I find one then? You tell me. Because I’ve tried every online.com matchmaking service there is, and I’ve done them for years. You know, matched.com, singlemingle.com, marryarichguy.com, cuddleup.com and even that ebliss.com which costs big money. I splurged. And guess what? They hooked me up with a little Republican Jewish guy with small hands. I clearly stated that I was liberal and Baptist. What were they thinking? Besides, those places don’t work, and the same guys are on all of them, and they’ve been there for years.”
“Small hands? What does that have to do with anything?”
“I like a man who can handle me.”
“Patti!”
“I mean, shoot. Small hands are dainty. Who the hell wants a man with small hands or, for that matter, feet? I can’t believe they matched me with that guy. My perfect-for-you match. Geez.”
Kate arched a brow. “That should tell you something.”
“What do you mean?”
“Those things don’t work.”
“But have you seen the commercials? And the testimonials?”
“How many years have you been on all of those sites?”
She shrugged. “I dunno. Five? Six?”
“I rest my case.”
Patti thought about that for a moment, glancing off over her empty classroom. How else was one supposed to meet a man in Legend, Tennessee? She knew every single man in town and there were no prospects here. None. She was forced to go out of her boundaries. She needed a man bigger than what Legend could offer—larger than life, worldly—one that would worship the ground she walked on and love her quirkiness unconditionally. But how far would she go? She’d heard of a woman once who found a husband by placing an ad in the magazine Mother Earth.
Maybe she should try something like that. Not Mother Earth, perhaps, but maybe something like A Man’s Cave or Alaskan Wilderness.
But not now. It was the end of the day, and she was tired. The classroom Christmas party was over, and the kids just left for their winter break. She had a mess to clean up in here, but she wasn’t in the mood.
Sighing, she looked back to Kate. “I guess I would settle for a date for New Year’s Eve.”
“Hire Suzie.”
“Who?”
“Suzie Matthews. You know, The Matchmaking Chef.”
***

Whether writing traditional contemporary romance or building paranormal worlds, bestselling romance author, Maddie James, pens stories that frequently cross a variety of romantic sub-genres. Sweet or spicy, suspense or comedy, western or time-travel, her heroes and heroines always chase one thing—the happily-ever-after—whether they realize it or not! Visit Maddie's website: www.maddiejames.com
Get your copy of the Sweet, But Sexy Boxed Set at the following retailers: