Magdalena Scott: Building A Dream in the Sweet, But Sexy Boxed Set

I’m so happy to be here today. I feel very fortunate to have a story included in the SWEET, BUT SEXY boxed set. It’s always a treat to hang out with a group of sweet romance writers, and even better when we all get to share our stories with readers.

BUILDING A DREAM is a novella set in Legend, Tennessee. As of this writing, there are 29 published stories in this series, with two more to release this year. Learn about Legend and the other three authors who write about it—Maddie James, Jan Scarbrough, and Janet Eaves—by visiting the website, www.legendtennessee.com.

Here is the blurb for BUILDING A DREAM: 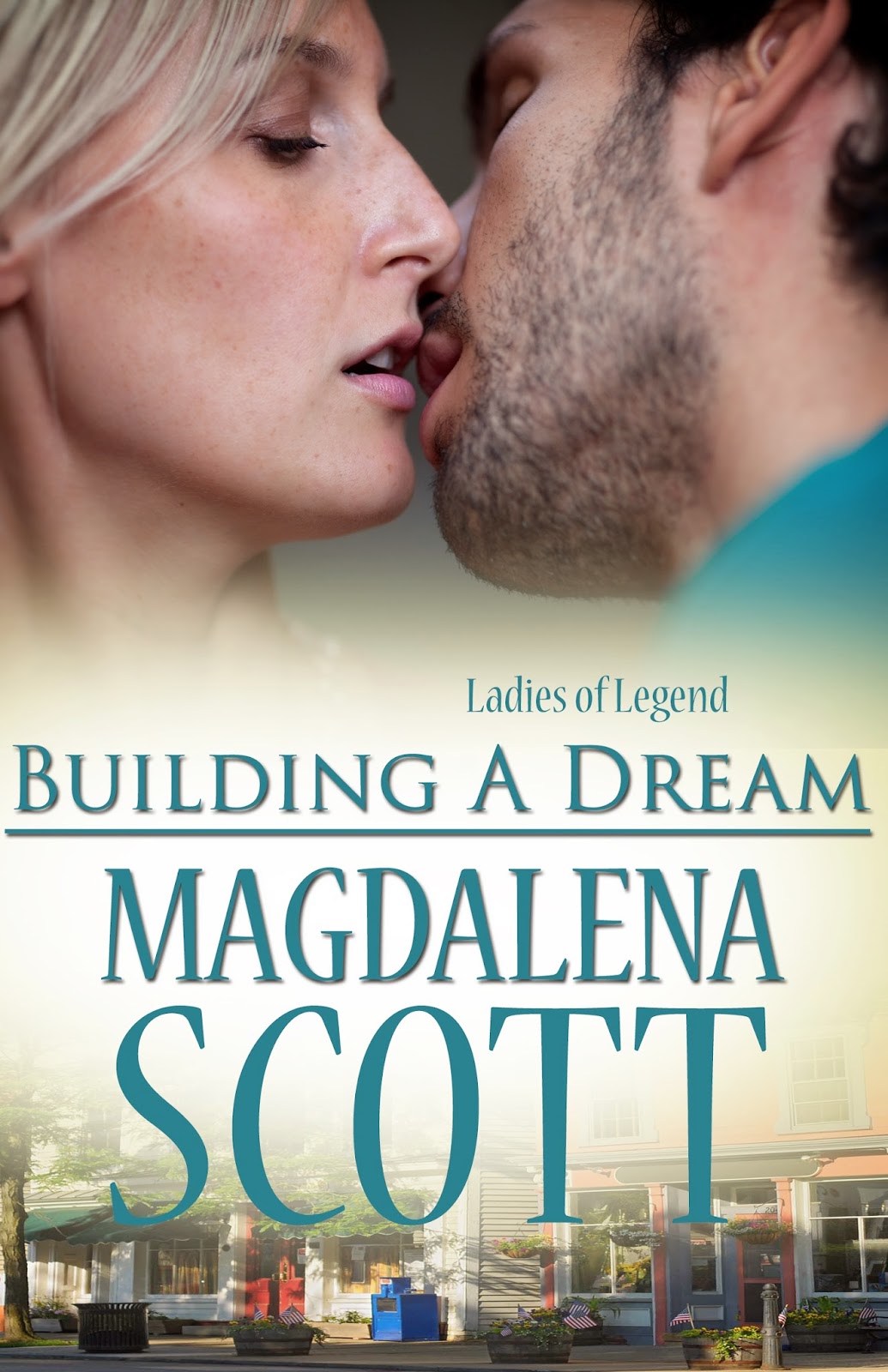 Chloe McClain is an artist, so she’s used to creating something from nothing. This time, though, the project is bigger than her usual canvas—this time she’s bought a big dilapidated building to rehab into a classy art gallery. Should be easy enough; she’ll hire Greg Andrews and his construction crew. Greg’s work has gotten good reviews from everyone in Legend. Of course there is kind of a rush on the project…

Greg is a professional, and his professional opinion is that Chloe’s pile of bricks should be put out of its misery. There’s no way he can bring the place up to code by her deadline, let alone turn it into the showplace she has in mind. But Chloe’s a McClain, and besides a wide stubborn streak, that means deep pockets. Speaking of which, Greg can’t keep his eyes off the back pockets of Chloe’s jeans...

When you live in Legend, Tennessee, there are certain things to remember. People in Legend pull together. Community before self. And you never want to take a wrong step around a McClain—even the cute females.
****

Excerpt
“You must be kidding,” Greg said, walking carefully around the hole he’d dropped his leg into earlier. “No way can this be rehabbed in a month. No possible way. Mike said you had a time frame in mind—but thirty days is plain crazy.”
“Fine,” said Chloe McClain. “I'll get someone else.” She closed a small notebook and slid it into the back pocket of her snug jeans, then stuck the ballpoint behind her ear. The motion made the cascade of bell-shaped earrings tinkle softly. The sterling silver caught what little light came through the crud-encrusted windows. There was also a diamond stud up high in one ear. Greg had never considered ears to be particularly sexy, but on Chloe McClain, it seemed everything was sexy. At least, everything he'd seen. Her blonde-and-dark-brown streaked hair was wavy and cropped close to her head, but it grew a bit long in the back, and curls caressed her delicate neck. Her eyes were big and brown and bright as a child's. The long lashes and dusky eye shadow had him wondering what those big dark eyes would look like if Chloe were feeling passionate about something besides an ugly old building. Her mouth was generous and shaped as perfectly as any he'd seen on lipstick commercials. Even her nose intrigued him. Short and straight, but turned up on the end. It made her look spunky, and he had an idea it wasn’t false advertising. Her body wasn't runway model thin, but slender and pleasantly curvy. She looked even better once you started talking to her. Then her eyes began to snap, her head moved in emphasis to her words, the music started from her strange earrings, and that gorgeous mouth had you looking there more of the time than you probably should. Good thing she was nuts, or he might be attracted to her.
“So... You’re Mike’s sister?” he asked. Mike McClain had worked for Greg a while now, but there were so many McClains in and around Legend, Greg couldn’t keep them straight.
“Cousin.” She rolled her eyes, turned on the heel of her beat-up sandal, and headed for the door, where she flicked off the lights. Greg looked up at the half dozen bulbs hanging from the ceiling, suspended by dangerous-looking wires. Pathetic. The whole place was pathetic. He sure didn’t want to get into a situation of trying to bring this dump up to code in thirty days, let alone do the project to her unreasonable expectations.
Chloe shut the door after them, and locked it. Right. As if anybody in his right mind would actually want to go in there.
“Well. Thanks for the opportunity, Miz McClain. Sorry I can't help you with this. Good luck finding somebody else.
“Uh-huh. Thanks. Well, I've got some contacts around. I'm sure there's somebody who could take it on. I need to have the place ready to go on deadline, or else...” She let the sentence trail off.
“Or else?” Not that he cared. Just making conversation.
“Or else I can't do the exhibition I've committed to.” She pushed some round-lensed dark glasses onto her nose, and caught her lower lip between her teeth. Frown lines marred that perfect brow, below the fall of wispy dark and light bangs.
Exhibition. Whatever. He needed to move on down the street. “So what kind of exhibition is that?” He hadn’t meant to ask.
“Nothing. I need to go.” A sultry breeze came down the street, making the bells in her earlobes play again. She turned without another word and walked away from him into the breeze. Greg shivered. Some brush-off. Why he cared, he wasn't sure. He enjoyed watching her from behind until she turned the corner and was gone.
Oh well. Cute, but not my type. Dating a cousin of Mike's would surely be more than he wanted to deal with anyway. Might get awkward when it ended. Greg's relationships generally ended dramatically. Yelling and name-calling were sometimes part of it, and he sure didn't need Mike to be in that picture. It was complicated being a single man in Legend, Tennessee.
****

The other stories in the boxed set are:
BLUE BOTTLE BEACH by Amie Denman, ALL THAT’S UNSPOKEN by Constance Phillips, SECRETS by Jan Scarbrough, CROSSROADS by Janet Eaves, MY BROTHER’S WEDDING by Jennifer Anderson, DOUBLE DOG DARE by Jennifer Johnson, and HARD CANDY KISSES by Maddie James.

For a limited time, the boxed set is only 99 cents. Just one more reason to snag a copy at your favorite ebook retailer. Thank you for reading!


Magdalena Scott is a bestselling author of the Ladies of Legend series. You can catch up with her on her website, www.magdalenascott.com
Posted by Maddie James
Email ThisBlogThis!Share to TwitterShare to FacebookShare to Pinterest
Labels: 99 cents, boxed set, sweet but sexy