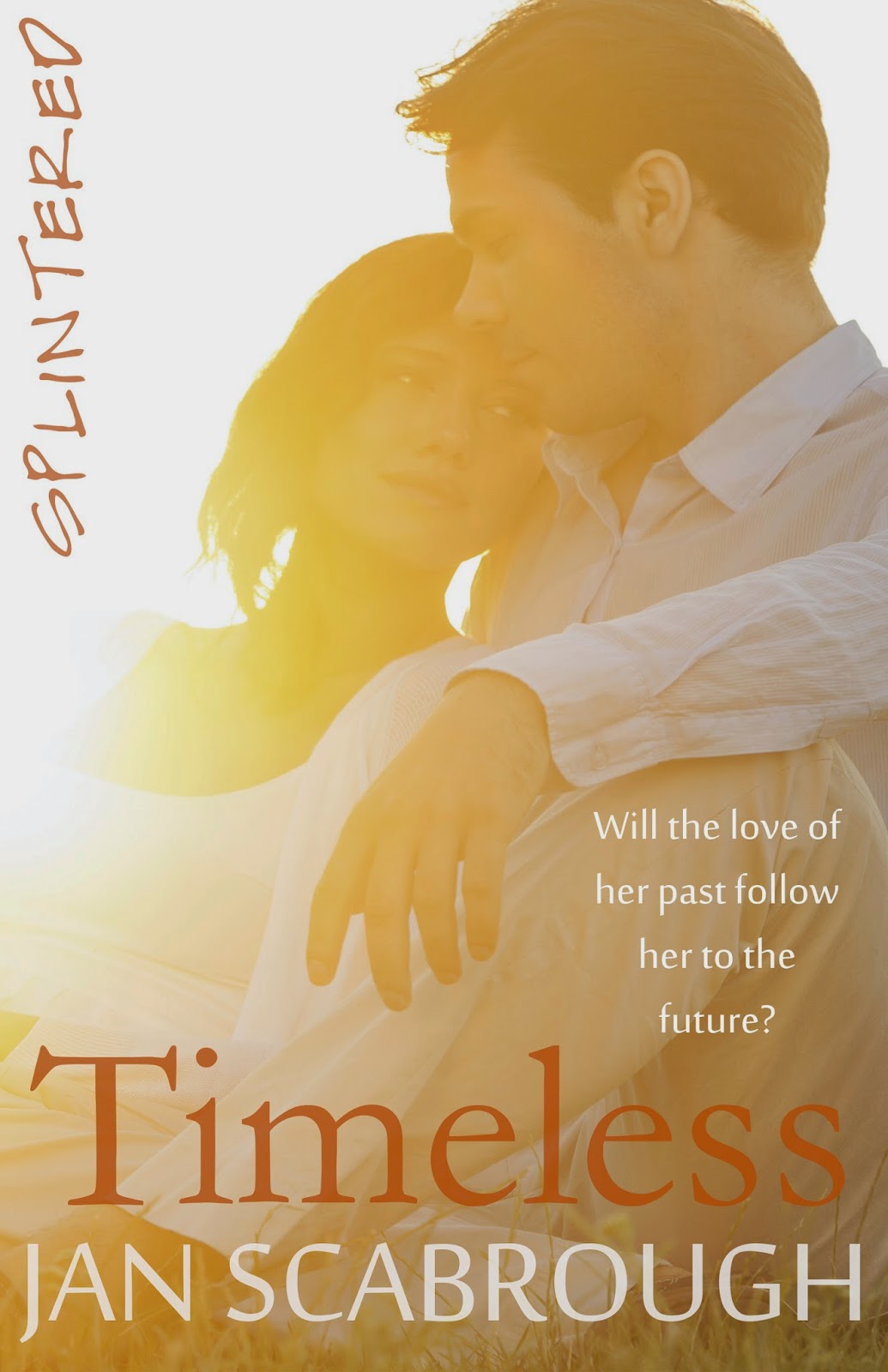 
***
When Beth Abbott receives a surprise inheritance from her birth mother, she travels to the family’s nineteenth century mansion in Old Louisville, now a bed and breakfast. There she meets the resident ghost, a little girl whose crying scares, but intrigues guests. Beth sets out to discover the identity of the ghost and why she appears happy to Beth, not sad.

Jeff Halstead, a man with several secrets, runs the bed and breakfast. But he’s more than that to Beth, and she feels their connection immediately. A psychic medium who doubts his skills, Jeff slowly uncovers the truth of their past lives. Will he be in time to reveal the identity of Beth’s enemy? Will the love they shared in the past follow them into the future?
***

What I learned writing Timeless by Jan Scarbrough

I lived in Louisville, Kentucky, April 3, 1974, when the tornado struck the city. That means I lived through what was known the SuperOutbreak of 1974—148 tornadoes that tracked across 13 states between the Gulf Coast and the Canadian Border. The storms took 315 lives while injuring 6,000 more. Two people were killed in Louisville. I was at my mother-in-law’s home when it hit, not in the public high school where I taught. That part of town was devastated by the tornado.

Until I wrote Timeless, my ghost story set in Old Louisville, I thought the 1974 tornado was the only big tornado in Louisville history. Not so. There was another one in 1890 that killed over one hundred people. I read about it in The Great Louisville Tornado of 1890 by Keven McQueen. The tornado became part of my book.

Also a young co-worker explained a drinking game to me called Flip Cup. I’d never heard of it. I went to the Internet for research. It’s strange what a novelist needs when writing. Some of the things I learned about from the Internet were Baxter Square Park—Louisville’s first park—post-traumatic stress disorder, and details of September 11, 2001. I also researched a hill in Cherokee Park where people sled in the winter, but that is still called “dog hill.” I investigated carriages from the 1890’s and period clothing.

But most of all, when I wrote Timeless, I learned to trust myself. To let the writing flow. To let the characters come alive on the computer screen and drive the action. Now I try to let it flow like that with all my books.

When I mentioned Timeless to my medium friend Dale, she told me something fascinating. My spirit guides where helping me write it! And having a good time doing it! How cool is that?

The origin of the word “inspiration” is Middle English (in the sense 'divine guidance'): via Old French from late Latin inspiratio(n-), from the verb inspirare (see inspire).

As easy as Timeless was to write, who’s to say I didn’t have supernatural help?

Jan Scarbrough is the author of the popular Bluegrass Reunion series, writing heartwarming contemporary romances about home and family, single moms and children, and if the plot allows, about another passion--horses. Living in the horse country of Kentucky makes it easy for Jan to add small town, Southern charm to her books, and the excitement of a horse race or a big-time, competitive horse show.

Jan also contributes to the Ladies of Legend series, a collaboration with writers Maddie James, Janet Eaves and Magdalena Scott. Set in fictitious Legend, Tennessee, these romances bring together the small town family atmosphere so many readers enjoy. 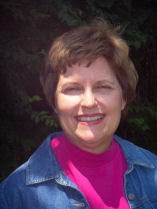 A member of Novelist, Inc. and the Romance Writers of America, Jan has published with Kensington, Five Star, ImaJinn Books, Resplendence Publishing and Turquoise Morning Press. She has recently self-published another romance set in the Bluegrass called BETTING ON LOVE.

Jan lives in Louisville, Kentucky, with three rescued dogs, two rescued cats, and a husband she rescued fourteen years ago.
***
Timeless is one of the seven books included in the paranormal romance boxed set, Enchanted Lover. 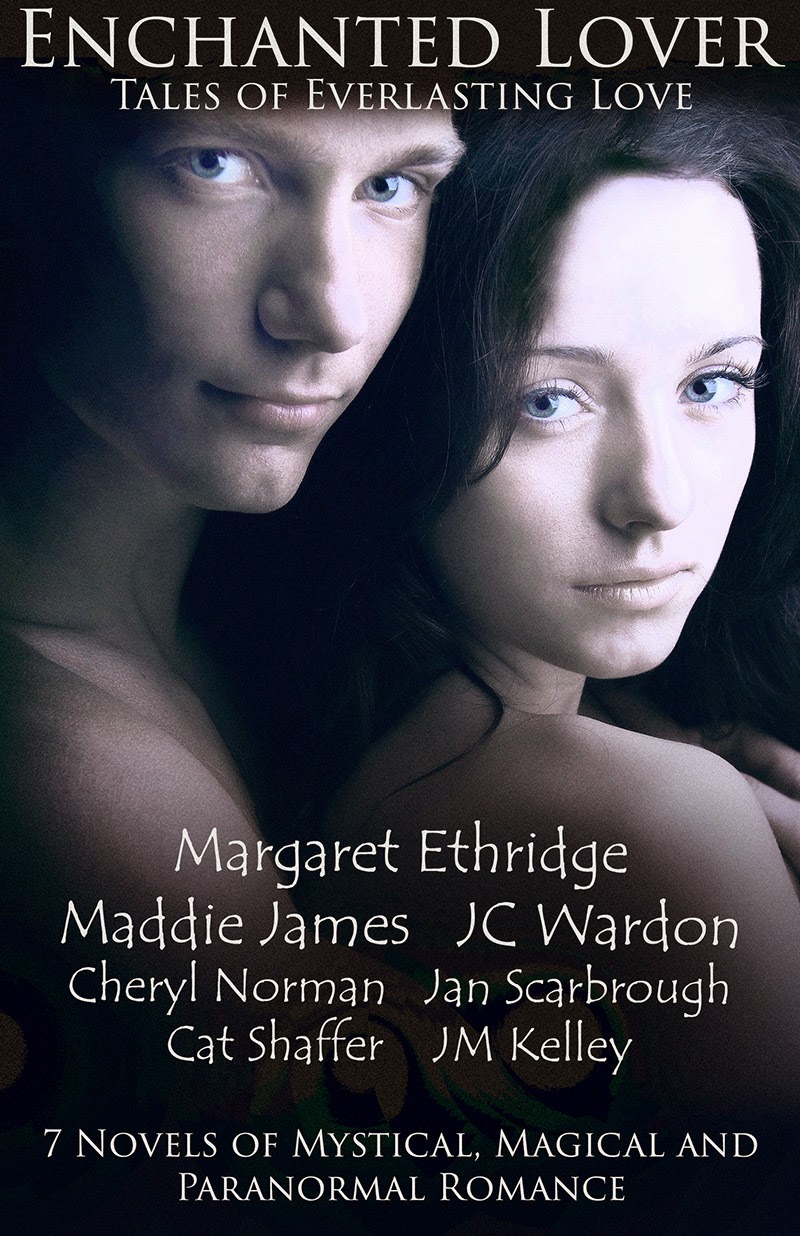 PARAMOUR by Margaret Ethridge (ghost)
Two men: one living, one dead, and both vying for her love. Camellia Stafford has never been alone in her room. For twenty years, she's been engaged in a fierce power struggle with her bedroom's previous tenant, Frank DeLuca, the ghost trapped in the light fixture above her bed.

RUNNING OUT OF TIME by Cheryl Norman (time travel)
When Stacy Webber travels to Germany for her best friend's wedding, she loses more than her luggage and purse. She lands in a different time, fifty years ago, with no idea how to return to her world.

MAN OF HER DREAMS by Cat Shaffer (dreams, parallel times)
Jessi Flint has a perfectly good life with a successful business and the perfect man. So, he's only in her dreams...until her flaky assistant goes to a New Age fair and Jessi suddenly begins receiving gifts with love notes signed by a mysterious Damian.