It's Leap Day! How nice waking up to know we have an extra day this year. I wonder what all I can get accomplished? Hm. Remains to be seen. I just know that my to-do list is mighty long, so I'm grateful for the day. How about you? What are your plans for this beautiful last day of February?

Here's my #MondayMashup for today!

But I digress. I'm slowly re-releasing Bella's titles as Maddie James. Sometimes I'm packaging them differently, such as in a collection. Bella wrote a lot of short stories, so that makes sense to me. The latest release, however, is pretty much intact as it was, although I've added a teaser at the end for yet-to-be published short story that will be included in an upcoming anthology.

Previously titled Switched, I've now re-released this one as Cuffed, Again by Maddie James. Here are the details. 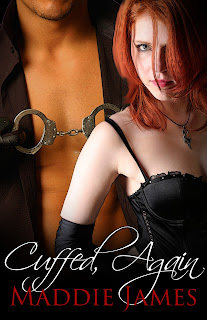 The Chief Financial Officer of the non-profit Cerise Thacker runs has been cooking her books. The DA fears the CFO’s deep family roots will come after her, particularly after the CFO states he will “effing see to her death.” So she’s whisked away in a Yellow Cab into a short term police protection program to keep her safe.

The cabbie? Isaac Walker, undercover cop. For the duration, Isaac will be her protector, even though she doesn’t want protection.

But Cerise and Isaac are not strangers. They’d shared a role play Fem Domme/sub encounter a year earlier–neither of them revealing who they really were. Now they are thrust together in a situation of extreme danger, passion, and trust, where Isaac must remain in control of the situation at all costs, even though he so very much wants to give it up to Cerise. And Cerise must do everything that Isaac says to the letter, even if she doesn’t want to. That is, if they want to get out of this thing alive. 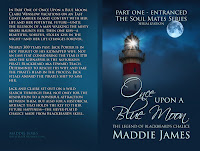 New in Paperback! Two new titles are now available in paperback! Both books are #FREE in ebook formats. Get your print copies at these links:

Once in a Blue Moon
The Montana McKennas Prequel

Gems in the Attic. Today is the very first blog post for a new blog from some of my oldest author friends. In the late 90s I published my first book with Kensington for their Precious Gems line of books. See where the authors are today and how we've come together to share our news on this new blog. Be sure to subscribe to keep in touch! Here's the direct link: http://gemsintheattic.blogspot.com/  I'll be blogging there on the 2nd Monday of each month. Come see me!

Wild and Wicked Cowboys. I also blog here on the 18th of each month. I'd love it if you stop in when you can. And be sure to visit the other authors post there too! Here's the direct link to my recent posts. https://wildandwickedcowboys.wordpress.com/author/surrenderpublishing/

Until next Monday. Toodles! ~ Maddie
Posted by Maddie James
Email ThisBlogThis!Share to TwitterShare to FacebookShare to Pinterest
Labels: #gemsinattic, #MondayMashup