When I was thirty-eight, I almost died. I was in the intensive care unit for four days. After I recovered, I decided it was time to make my dream of becoming a novelist come true.

After my life-threatening illness, I wondered “what if” we were all given second chances. What would we do? And especially, what would happen to a heroine if she were given another chance to find her true love? In Tangled Memories, there’s a supernatural element that makes for a happy ending. 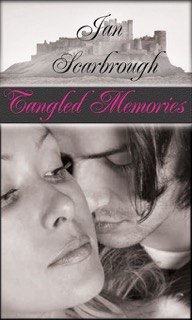 When the book didn’t sell, I contracted with a new “ebook” company called Starlight Writer Publications. This was before ebook readers. Needless-to-say, I didn’t have much success with the book, now called Tangled Memories.

Then a new small publisher started with an emphasis on paranormal romance. I submitted my manuscript, and ImaJinn Books accepted. I was so excited to have a paperback book in my hands! 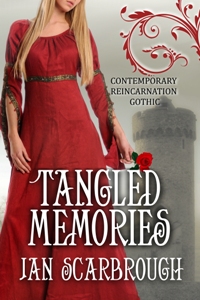 When I received my rights back, I submitted Tangled Memories to
another ebook publisher called Wild Rose Press. It didn’t get much attention there. I eventually pulled it, and Turquoise Morning Press released it in print and ebook.

Move on to January 2016. With my rights back once more, I self-published Tangled Memories under my Saddle Horse Press name. Before releasing it, I gave the manuscript a polish, a thorough edit, and a new cover. The story is the same, but the writing is sharper, cleaner. I’ve grown as a writer, and I’m proud of the book.

Thanks to technology, Tangled Memories is still available to readers twenty-three years after I first wrote it. 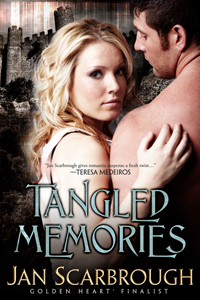 Blurb
After losing his wife, Dr. Alexander Dominican is determined his infant daughter will not grow up motherless as he did. Offering sensible, kind kindergarten teacher Mary Adams a marriage of convenience seems like the perfect solution. The widow’s husband left her with a mountain of debt. For Alex, paying it off is a small price to pay for his daughter’s happiness. Until his sensible new wife begins to lose her mind.

On the day of their marriage, Mary starts having frightening hallucinations of medieval England—visions that feel more like the memories of woman who lived centuries before. More terrifying, someone—or some thing—is stalking the new mistress of Marchbrook Manor. Could it be one of the sinister servants? Or Alex himself? Alex is reawakening hidden desires and longings in Mary, but until she can untangle the web of nightmares and secrets, she can trust no one. Not even Alex.

Alex has no idea he’s unleashing a destiny that’s taken him seven hundred years to fulfill.

If Alex and Mary are to salvage their future, they must first unravel centuries of…Tangled Memories.