Many of you have read the Ladies of Legend books written by Janet Eaves, Jan Scarbrough, Magdalena Scott, and myself. Several months ago when our publishing house closed, we decided we each would control our own books from now on. So, with that in mind, I set out to rebrand my books. Same stories, same titles, new covers (mostly), and a new series name and brand. Welcome to Legend's Landing B&B! 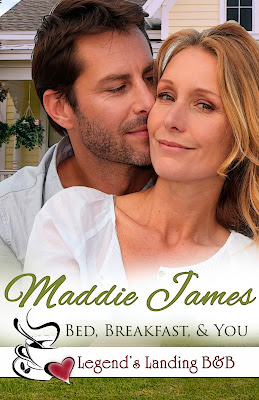 Suzie Schul has it all. A booming business, a wonderful town to live in, and, well, food. Yeah, she loves to cook and she’s the best darned cook in Legend, Tennessee. Everybody says so. She runs her own B&B, has published a cookbook, conducts cooking classes on Saturdays, and caters for special events and holidays. What more could she want, really? Nothing, that she will admit, anyway.

And let's not even think about that brief escape to Gatlinburg several months back when she had separated from her then-husband, Cliff. Or the fact that the man ran off with her little sister while they were, um, estranged. And let's definitely not bring to light that she'd never really revealed to anyone in the small town of Legend what exactly had happened between her and Cliff. Or the fact that while she was off "finding herself" and "losing her husband" at the same time, she sort of, well, had a fling. But never mind about that, because "the fling" is long gone and likely doesn't even know where to find her. Besides, he was trouble.

And just when Suzie thinks all is well, Mr. Trouble rides up to her B&B doorstep on a bad-ass Harley and tosses her perfect little world into some kind of big, bad tumble. READ MORE >>


HOME FOR THE HOLIDAYS, Book 2 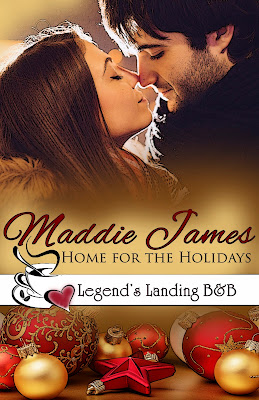 The last thing Chelly Schul wants is to go home for the holidays. She left her hometown of Legend, Tennessee on a wing and a prayer two years earlier and hasn’t returned. Her leaving humiliated her entire family, particularly her sister Suzie, since she ran off with Suzie’s (almost-ex) husband.

Legend Police Officer Matt Branson values being alone. Even during the holidays, he enjoys the solitude. Dubbed the town hermit, he tells himself he prefers his “cave” to socializing. His friends say he still pines after “the woman who got away,” although he begs to differ. All that changes the snowy day he pulls over the older model sedan speeding into Legend. His gut slams against his backbone as a tearful Chelly rolls down the car window and looks up into his eyes, and nearly melts his heart. But he remains stoic. Coplike. And gives her a warning and sends her on her way. But it shakes him to the core. His high-school sweetheart is back in town. Chelly. The woman who sent him into his cave in the first place. 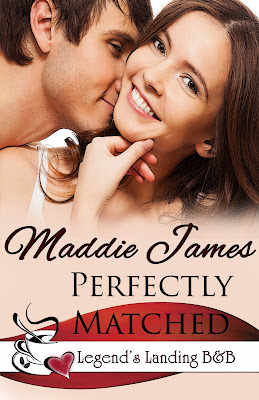 In this first installment of The Matchmaking Chef series, we find Suzie Matthews hard at work on her new cookbook, Perfectly Matched. After finding her own perfect match with her husband, Brad, in Bed, Breakfast & You, and then working a little magic reuniting her sister with her high school boyfriend, Matt, in Home for the Holidays, Suzie feels confident in her new-found matchmaking skills. So, she asks the local “wallflower”, Mary Lou Picketts, to help her with a project. Mary Lou accepts, not realizing that “project” is herself. Mary Lou dreams of falling in love with country music star, Nash Rhodes, but is ready to settle for Thurman Phillips down the street, if she has to. But she doesn’t want to. Not really. When Nash comes to Legend for a music benefit and stays at the lodge, Suzie sets out to perfectly match this miss-matched couple. 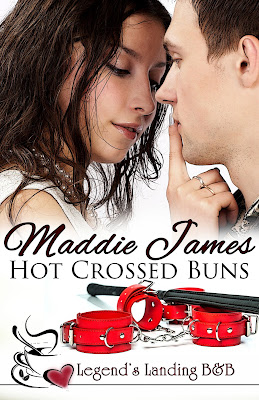 Wild Katie Long, she’ll never settle down. But Chris Marks has had his eye on her for a long time. When Chris hires Suzie to set him up with a romantic dinner for two, Suzie does all she can to set the mood. Thing is, Katie isn’t about to be wooed and she’s hotter than hot crossed buns when she figures out what Chris is up to.

Then Suzie turns the tables by supplying Chris with a couple of items that just might tame Katie after all—handcuffs and a leather riding crop. 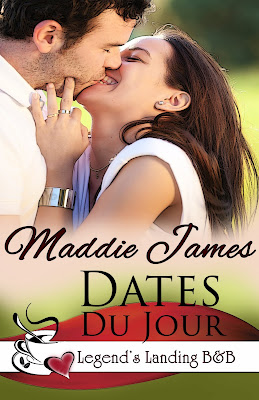 Speed dating? Speed eating is more like it. When Suzie sets up lunch date after lunch date for puppy nanny Lyssa Larkin, Legend’s homegrown homecoming queen of 1997, she knows she’s bit off more than she can chew.

Lyssa rejects dates in two bites and sends them on their way. Suzie wonders if she really wants to date or just eat two lunches, and worries that soon Lyssa’s hips won’t fit on her dainty chairs. That is, until Suzie takes a risk with a man that Lyssa knows, but doesn’t really, and who is falling for her hard and fast. 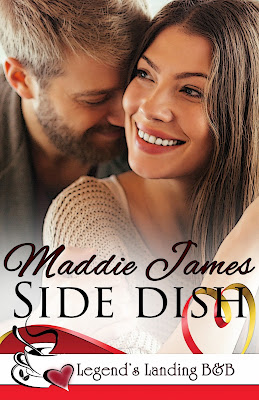 Becca North doesn’t want a boyfriend but her best friend Nora certainly does. Becca is so off men. But when Nora, owner of Nora’s Novel Niche, meets Suzie the Matchmaking Chef during a book signing at her store, she finagles her way into a romantic picnic date lunch for her—and a blind date—on Suzie’s television show. Nora drags Becca along all the way from Pigeon Forge for moral support and to check out her date.

Thing is, Nora’s date would rather check out Becca, instead. 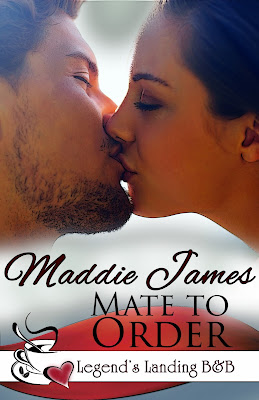 When Suzie’s success as a matchmaker hits the national scene about the same time as her debut cooking show on the Food Channel, her new producer comes to her with a list of requirements—not for Suzie’s job, but for a husband. Patricia Plum has a specific list and if Suzie really wants to make it big in New York City, she’ll make every attempt to deliver Patricia’s Mate to Order. 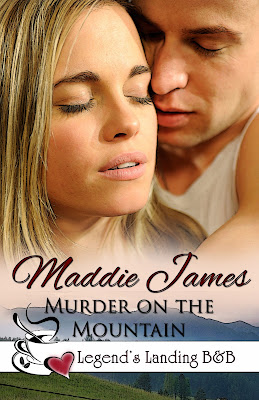 MURDER ON THE MOUNTAIN, Book 8

When Michael goes undercover into Kate’s elementary classroom for a few weeks, posed as a school drug cop, his mission is to find out what Kate knows about her husband’s supposed death, and to determine if she has any involvement in hiding away the AWOL trooper turned drug runner.

His mission is to get answers. Get into her life. And not into her panties. But somehow things go haywire…. 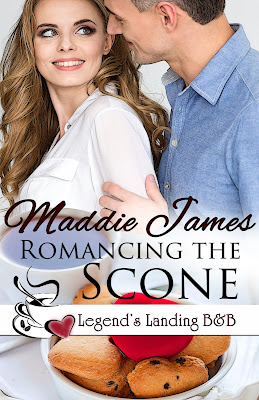 High tea or sweet tea? As long as there are scones, it doesn’t matter. In fact, Suzie’s cousin Sydney Schul, owner of Sydney’s Sugar High Coffee Stop and Bakery, makes the best damned scones east of the Mississippi and south of the Mason Dixon, and there was an article written in Southern’s Best magazine to prove it. All is well and life in Legend is good, until a mysterious male stranger comes to town, stalking Sydney’s scones, and attempting to romance her out of her famous recipe. 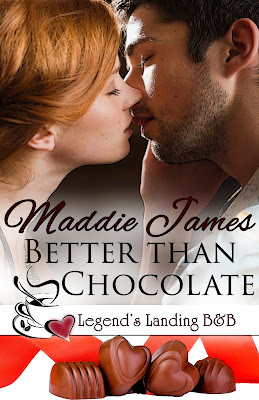 Scott Matthews, brother to Brad from Bed, Breakfast and You, and NY transplant, Jillian Bass

When Scott Matthews escapes to Legend to visit his brother, Brad and his wife
Suzie, he has only one request—he wants nothing to do with chocolate. Or to discuss getting fired as master chocolate taster from world-renowned Bianchi Chocolates. What Jillian Bass wants is to make it in Legend. This Manhattan transplant wants to make it big here real bad. Forget New York. She’s starting over with her small chocolate shop, Bittersweets, and setting out to impress the locals. She doesn’t want them to know that she’s inherited her grandmother’s famous chocolate business—Jeaneva Chocolates. And all is fine until she smacks straight into Scott, and he takes one small whiff of her Belgian truffle…. 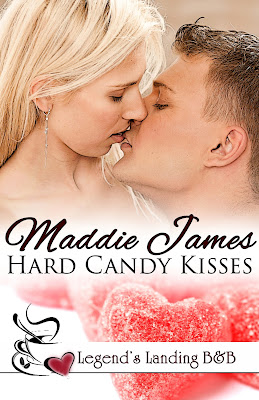 New Year’s Eve is just around the corner and Legend Elementary teacher Patti Jo Baker has tried every trick in the book to land a date for the annual New Year’s Eve Bash at The Lodge. This includes setting up a kissing booth at the Legend Elementary Winter Carnival—a booth which Principal Jim Hamilton promptly shuts down. Because if Patty Jo Baker is passing out kisses, any kind of kisses, he wants to be both first, and last, in line—and he definitely doesn’t want to sample them in front of the student body. 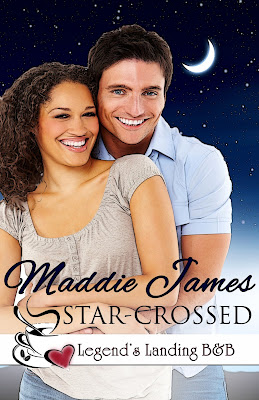 Jack Ackerman (brother to Sam in Side Dish) and Jasmine Walker

When Jasmine Walker returns to Legend after a fifteen-year absence—she doesn’t expect her troubled teenage past to collide with her well-planned, professional future.

Ms. Addie Bynum leaves something for Jasmine Walker in her will, and Jasmine returns to Legend to meet with the attorney about the estate. She learns she’s been left with the contents of a safety deposit box and a letter explaining Ms. Addie’s wishes. A letter with requests Jasmine may not be able to fulfill. The thing is, Ms. Addie’s wishes do not align with Jasmine’s busy life in Atlanta. Neither does running into her old high school love, Jack Ackerman, who has his own requests from Ms. Addie. 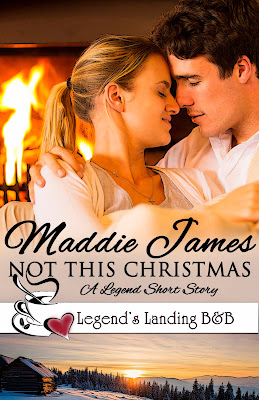 Nora Patterson, from Side Dish and Reverend Rock Peters, from Dates Du Jour.

Nora Patterson  crashes into the back end of Reverend Rock Peters'  SUV on a snowy Christmas Eve night, and finds herself snowbound with the attractive minister. She's prayed for someone to share her life--could Rock be the one? Or once again, will love pass her by this Christmas?