Matchmaker, matchmaker bake me a match?

n. 1. One who arranges or tries to arrange marriages.

It's the season of love. Right? Tomorrow is Valentine's Day. That one day of the year devoted to people who are in love, or maybe are seeking love. Maybe it is the day to proclaim your love for another. 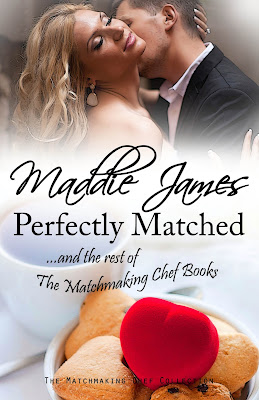 I love matchmaking stories. I also like secret admirer stories where the admirer gradually reveals his or her identify to the one he loves. I suppose I just like stories about people finding their own unique matches and living happily-ever-after.

Hey, I am a romance author, after all. Right? It's sort of required.

I find the concept of a matchmaker interesting. In times of past, dating wasn't a "thing" and matchmakers were all the rage. Generally they were commissioned by families who wanted to make sure their a child was matched with the right mate. Largely this may have been for economic or even political gain and had little to do with love. Those matches of convenience were the norm in many cultures. Forget love.

You can read more about the historical perspectives of matchmaking here and here.

Several years ago I discovered that one of my characters had a knack for matching unlikely pairs for love in her small Smoky Mountain town. She successfully brought back together her estranged sister and her high school boyfriend, mending both of their relationships (hers with her sister, and her sister's with her ex). It was a very happy ending all the way around.

Since my character, Suzie, was also a chef, she soon became known as The Matchmaking Chef, and she even had a television show with that title. All told, Suzie matched at least 8 more couples in a series of novellas with titles like these:

Yeah. Cute titles, eh? Right now, you can get all 8 of these titles for less than a buck in the Month of Love -- February, in a boxed set. That's a sweet deal. Right?
PERFECTLY MATCHED! THE MATCHMAKING CHEF COLLECTION
ONLY 99 CENTS, LIMITED TIME.
CLICK HERE FOR ALL BUY LINKS!