Introducing a New Me -- Taking Stock and Moving Forward

Good morning. Yes, I'm blogging. I've not been here much lately. I know, I know... But I'm here today and that counts for something, right?

I'm here to share with you that over the past few months I have taken a good hard look at my writing, my books, my sales, and my time. A year ago I started back at my old day job working full time. It was a necessary move and I knew that my writing would slow down and I wouldn't be able to produce and publish as quickly as I had in the past. As I predicted, the lack of releases (only 2 in the past year or so) has really affected my sales. I suspected it would and I've been proven true on that prediction.

So okay. I knew it would happen. Que sera sera. Let's move forward. 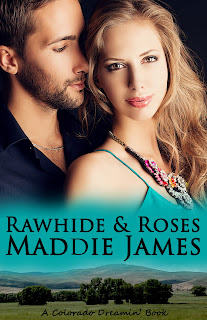 After some hard analyzation of the data surrounding my sales, what I had assumed was true was confirmed with the numbers -- cowboys and western romance are my bestselling titles. My suspense, paranormal, and even contemporary titles have seriously tanked in the last couple of years. Cowboy readers appear to be my target audience right now, and so I've decided to focus all of my future Maddie James releases in the cowboy/western romance subgenre. Hurray for cowboys!

But what about the other genres? I knew for a while I needed to focus -- I've written all over the board in various romance sub-genres and it is so difficult for me to define my readers and even create a brand around my work. About a year ago I had moved all of my erotica titles to another pen name, so that was already done. I had to think hard about the rest my titles for several weeks. I even went back and re-read some of my books and came to some conclusions. 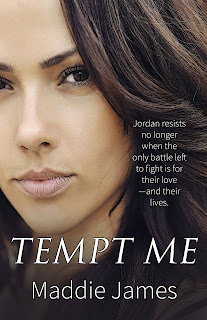 2. My suspense titles are all in good shape. They are current, edited well, with recently rebranded covers. Even though sales are low, I think these titles can be marketed along with my cowboys and I can eventually push them to pick up some steam.

3. I have fewer paranormal titles, and they are slugs when it comes to sales. I have some work to do here too, but these titles are my third priority. I'm going to hold on making decisions about these books for a while.

This was a pretty good bit of analyzation as I have fifty-some books in print (if you count all of the removed erotica titles).

So did I make a decision? Yes, I did. I am rewriting and rebranding ALL of my contemporary romance titles. Because some of them were sweet and some at higher heat levels, I knew I also needed to be more consistent with the heat in order to hit a specific target audience.

I also discovered this -- all of my contemporary romance titles were set in small southern towns. Duh. Since I have a lot of experience living in small southern towns, I guess that makes sense. But when I took a hard look at all of these scattered town books, I realized they all could basically be set in the same darned town -- and that's when it hit me that I really have a pretty extensive base of series material here.

That was a huge revelation and a lightning strike type of decision. One town, one series, one major overhaul. It won't happen overnight but the process has started. I have already pulled most (not all) of my contemporary titles out of the marketplace. I will be pulling them all soon. I'm currently rewriting and revising each title and will be re-releasing them UNDER A NEW PEN NAME.

Why a new pen name? I believe it will help with marketing, algorithm placement, 'also boughts', and audience. I have created a pretty strategic release and marketing plan, and all of that will unravel beginning in late July/early August.

So stay tuned. If you want to take a peek at the new me, check out my new Sophie Jacobs pen name and website. And while you are poking around, check out the reinvented Maddie James site too, as she's had a bit of an overhaul. Sophie also has a Facebook page if you want to follow her there.

So what about that time factor? New day job and all? No doubt my job is an all-consuming job and it's one I enjoy doing -- but after a year of adjustment, I'm ready to tackle the juggling act again. I'll drop some balls, I'm sure, but as long as I pick them back up, I'll be just fine.

This is all a work in process and I'll keep you up to date on the blog. This is my first official soft announcement with a newsletter post to follow in a few weeks. I'd love to have your feedback on my new plan, so feel free to comment below. Thank you for being awesome readers!