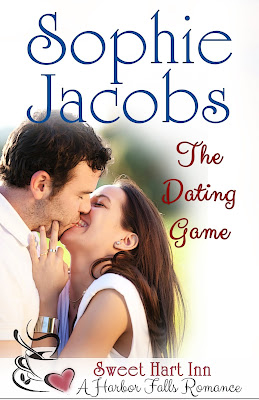 Now available for pre-order at 99 cents for a limited time!

Suzie Matthews is earning quite the reputation as a matchmaking chef in the small town of Harbor Falls, North Carolina.

When puppy nanny, Lyssa Larkin, tells her friends she has given up on dating and is devoting her life to dogs, Suzie realizes it’s time to take matters in her own hands. She sets up a series of speed dating lunches for Lyssa at Sweet Hart Inn, designed to help the former Harbor Falls High Homecoming Queen meet as many men as possible in a short period of time. Suzie knows Lyssa needs a push and some confidence—but soon realizes she may have bitten off more than she can chew. Lyssa inspects and rejects her dates in two bites and sends them on their way. Suzie wonders if Lyssa really wants to date or just eat double lunchs, and worries that soon Lyssa’s hips won’t fit onto Suzie’s dainty chairs.

That is, until Suzie is approached by a potential suitor who is falling for Lyssa hard and fast—one who isn’t on Suzie’s original radar screen—and can’t help working her matchmaking magic behind the speed dating scene....